Home » Side Dish » Grains and Rice » Spinach and Rice Pilaf 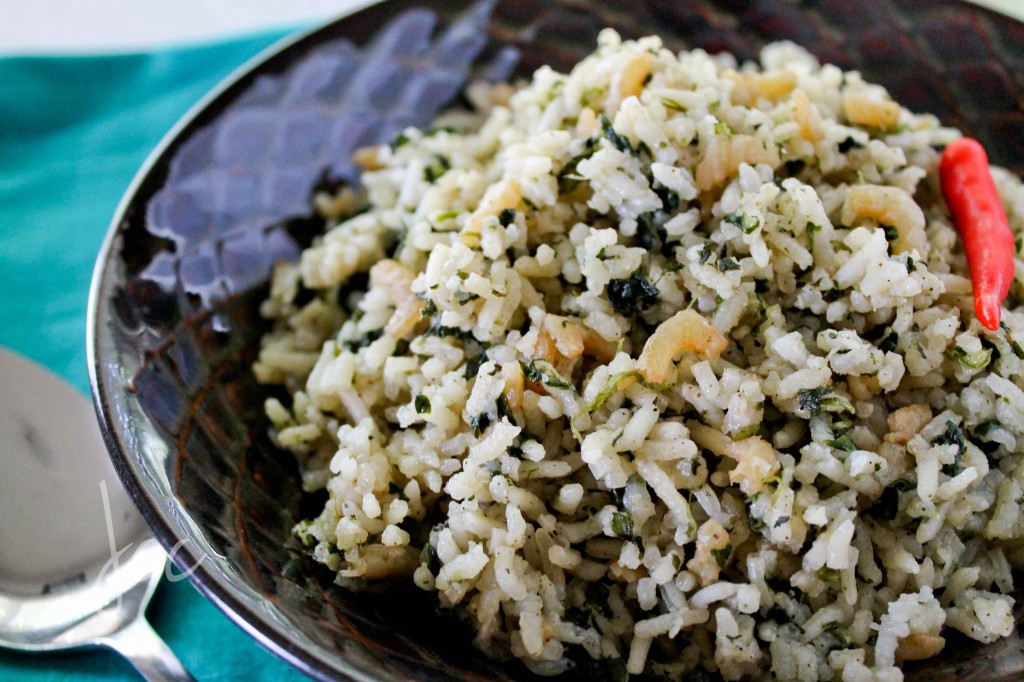 Let me tell you a little know fact about me-I am a country girl at heart.   I was born on the West Coast of Demerara and lived the first years of my life in Stewartville.   Most of my days were spent climbing fruit trees, fishing guerilla style aka noodling, eating copious amounts of cane from a nearby cane field or walking through knee deep mud just for the hell of it. 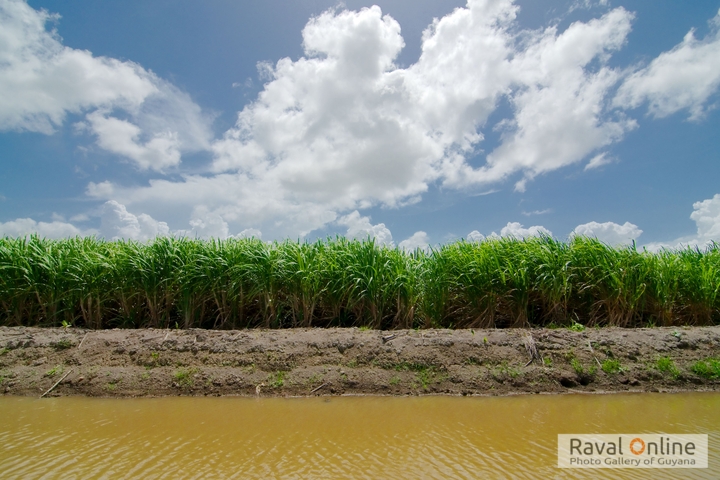 Living less than a mile from the ocean, I was lulled to sleep nightly by the sound of the Great Atlantic crashing against the seawalls.    Occasionally my Dad would take us for a ride on the back of his motorcycle up the coast towards Parika, it was a beautiful scenic ride.   The Atlantic was on one side, lust rustic farmland on the other with nothing but crystal blue skies ahead.    It’s funny how children can remember a specific event with great detail.   One such memory that’s ingrained in my mind was the first time I accompanied my father on a trip to buy dried shrimps. 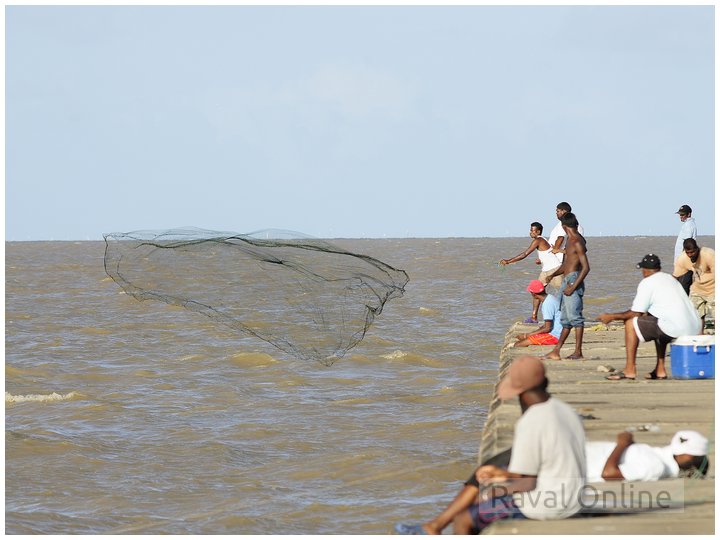 We rode up the coast, as we’ve done so many times before, and arrived at the quaint cottage of a fisherman.  I remember that the home was located on the ocean front.   We walked pass the quaint house to the backyard.   The length of the backyard ran alongside the seawall; this served as the back fence.  The ground was paved and a woman was sweeping the yard with a pointer broom as we Guyanese often do, but she wasn’t sweeping dirt, she was sweeping dried shrimp.    Apparently the technique that these fishermen would use to dry the shrimp was to spread it across the concrete and allow it to dry in the hot sun.   This would explain why I always found tiny pebbles whenever I snacked on those shrimps.   A tiny part of me was revolted but I soon got over it; even at this age, I understood that necessity was the mother of invention.    Where else would you spread millions of tiny shrimp to dry?  I quickly realized that not only were they resourceful but ingenious. 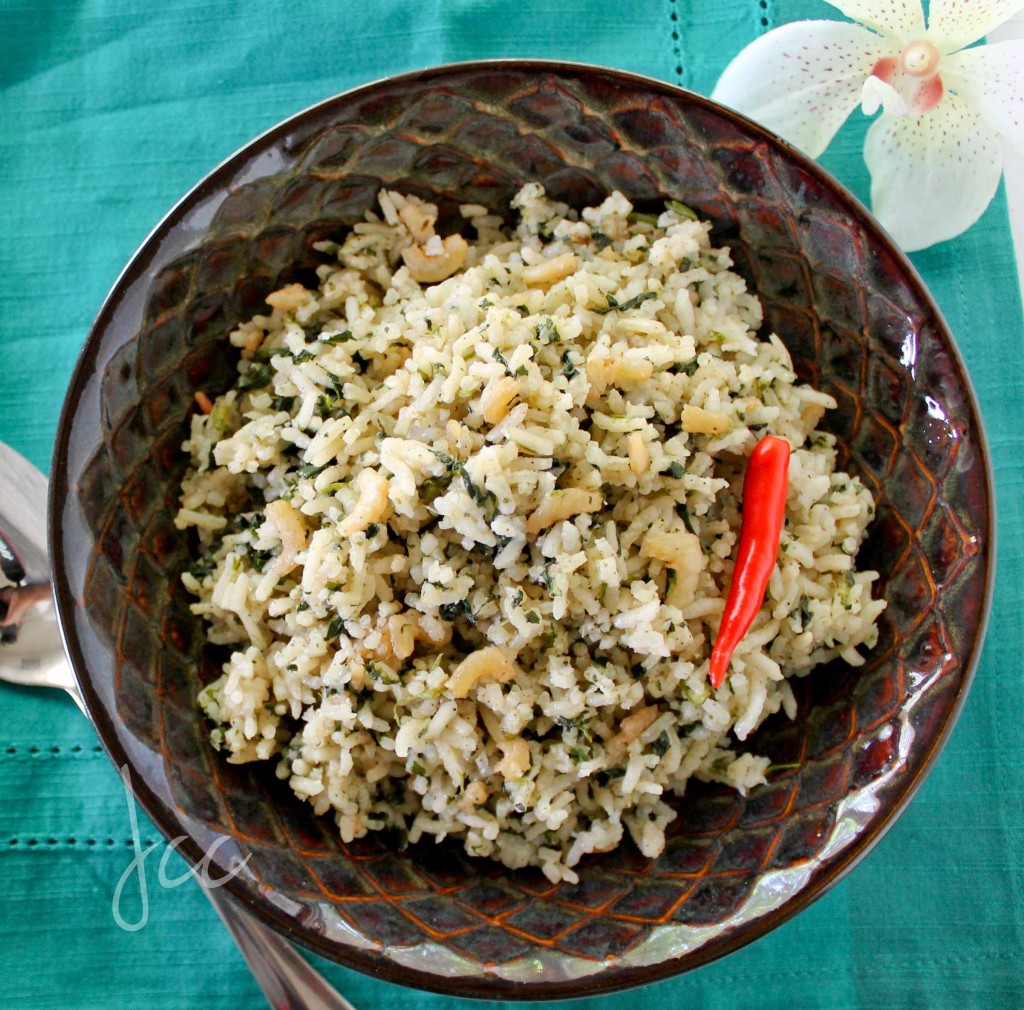 Those years are long gone, I’ve since moved to another country and on to another life yet the memories of those precious years spent living carelessly still remain with me.   No longer a mile from the ocean and no mud to sink my toes into but my love for dried shrimps remains.   I guess some things never change. 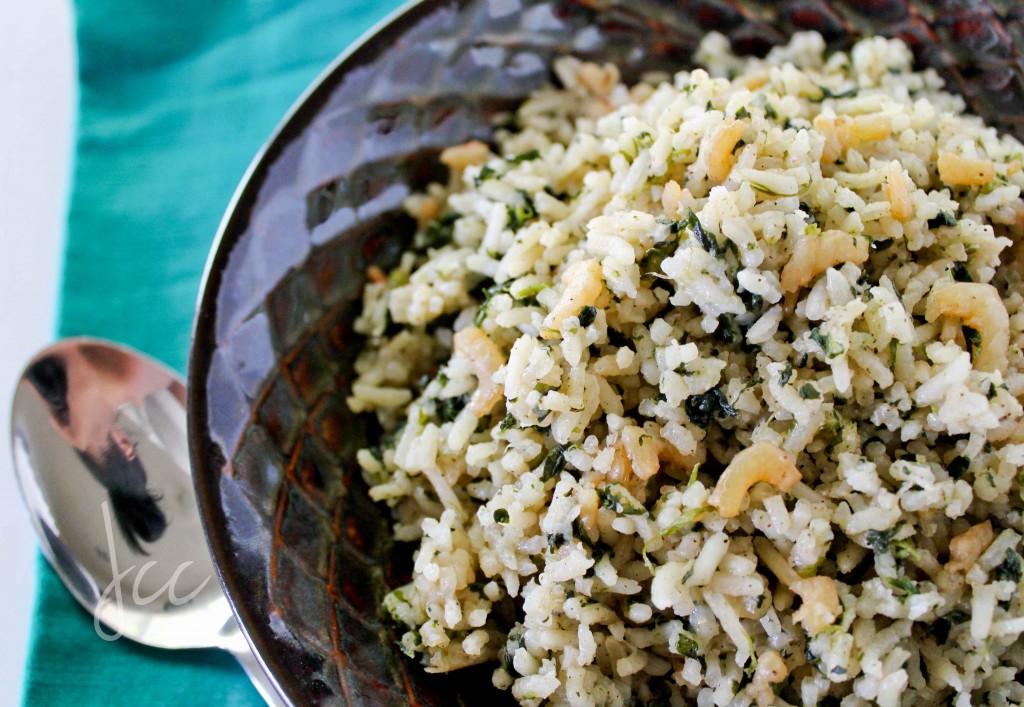 Place shrimp in a bowl then add enough hot water to cover.  After half an hour, strain the shrimp then set aside.

Place canola oil in a large pot.   When oil is hot, add onion and cook for 3-5 minutes, or until soft.  Add ginger and garlic; cook for one minute then add spinach, shrimp, cumin and allspice.  Sautee spinach and shrimp for 3 minutes, then add rice.   Stir rice until it’s mixed well with the spinach and shrimp.

Add water and chicken bouillon and bring to boil.  Once the water is boiling, turn the heat to low then cover pot.   Allow to simmer for 20-25 minutes.   Turn rice off then allow the rice to sit for an additional 10 minutes covered.   After 10 minutes, remove the cover and fluff with a fork.

Grains and Rice Side Dish

8 comments on “Spinach and Rice Pilaf”