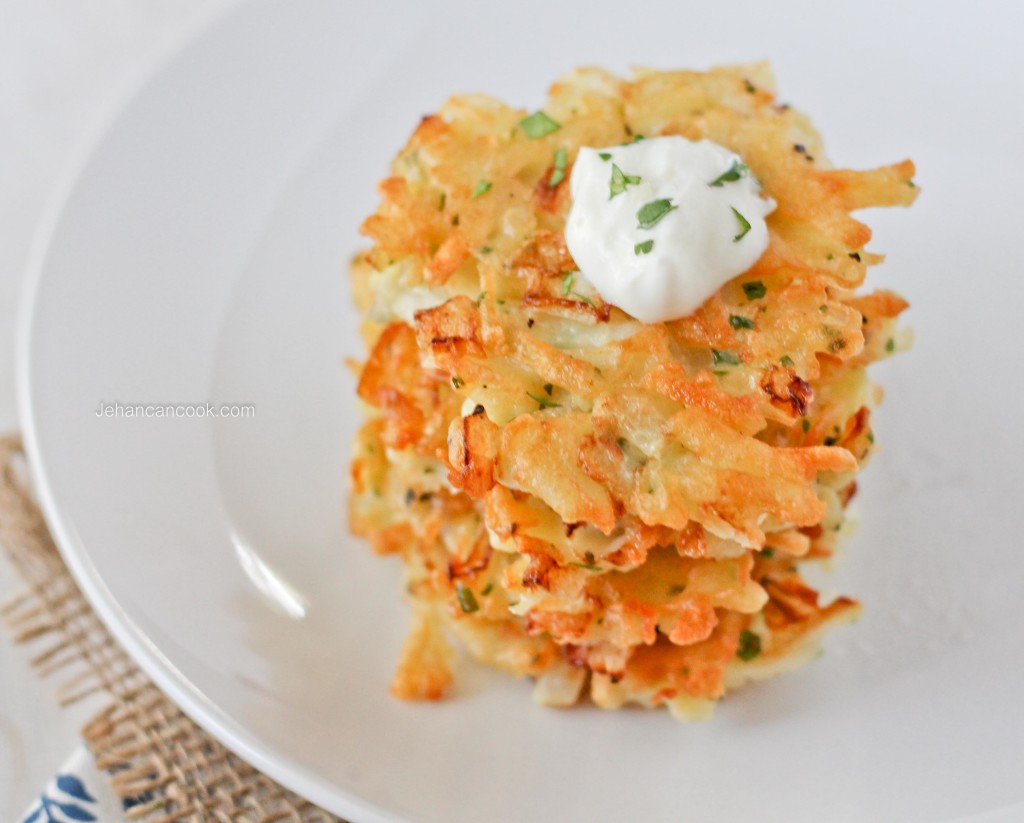 I usually make a hot breakfast every morning for my husband and son. While this may sound tedious, I keep meal prep and cook time to less than 10-15 minutes. I switch it up every now and then to prevent them from becoming bored with the usually eggs and toast, oatmeal or hash browns. On the weekend I will spend a bit more time making something different than what we eat during the week. I also make extras so I can simply heat it up on go on those mornings when 10 minutes is just too much. 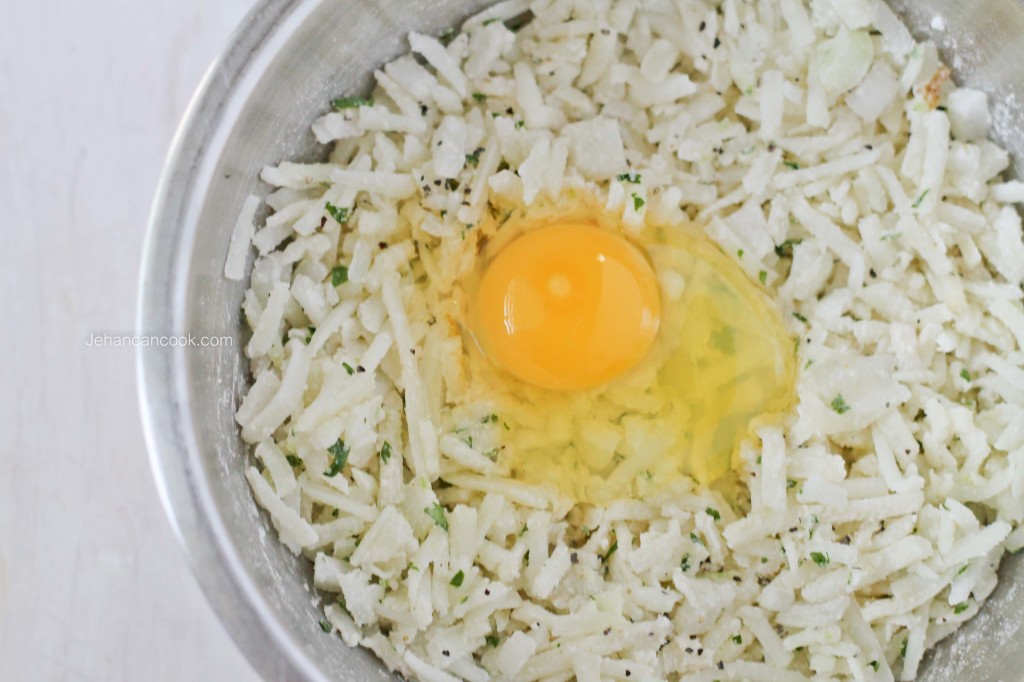 On Saturday on my Instagram, I shared a picture of breakfast which was potato pancakes with sour cream served with bacon and fruit on the side; it was a huge hit! I also make extras so I can simply heat it up on go on those mornings when 10 minutes is just too much. There are many variations of potato pancakes or latka throughout Europe and the Middle East. It is typically made with grated potato, flour, egg and seasonings to give it flavor then fried until golden brown. I used frozen hash brown, which I thawed in the microwave to speed up the prep and it turned out great. I simply cooked it on high for about a minute but made sure it didn’t become warm and is still cool to touch. With less than 10 minutes prep I think these are a winner and will be added to the rotation. 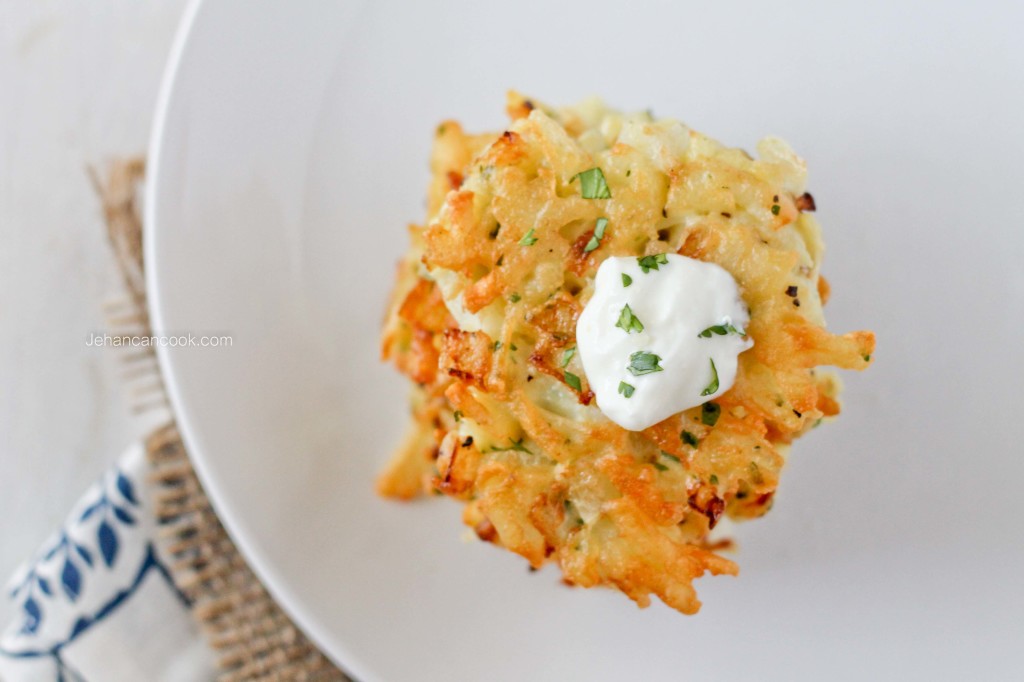 Potato Pancake
3 cup shredded potatoes (I used thawed hash browns)
½ cup finely chopped onion (about ½ of a medium onion)
¼ cup flour
1 tsp finely chopped cilantro
1/8 tsp black pepper
½ tsp salt
1 egg
Oil for frying
Yield 8-12
Place shredded potato, onion, flour, cilantro, black pepper and salt in a bowl and mix well. Add the egg to the mixture and stir well to combine. Place a heavy bottom skillet coated with 1 tablespoon of oil over medium heat. When the oil is hot, place heaping spoonfuls of potato mixture to the pot and press down lightly with the back of spoon to form a pancake. Cook until the edges are brown then flip and cook for an additional 2-3 minutes or until golden brown. Place on a plate lined with paper towel to drain excess oil. Serve warm.