Home » Uncategorized » OUT AND ABOUT: AN EXPERIENCE WITH EAT OUT ATLANTA

OUT AND ABOUT: AN EXPERIENCE WITH EAT OUT ATLANTA 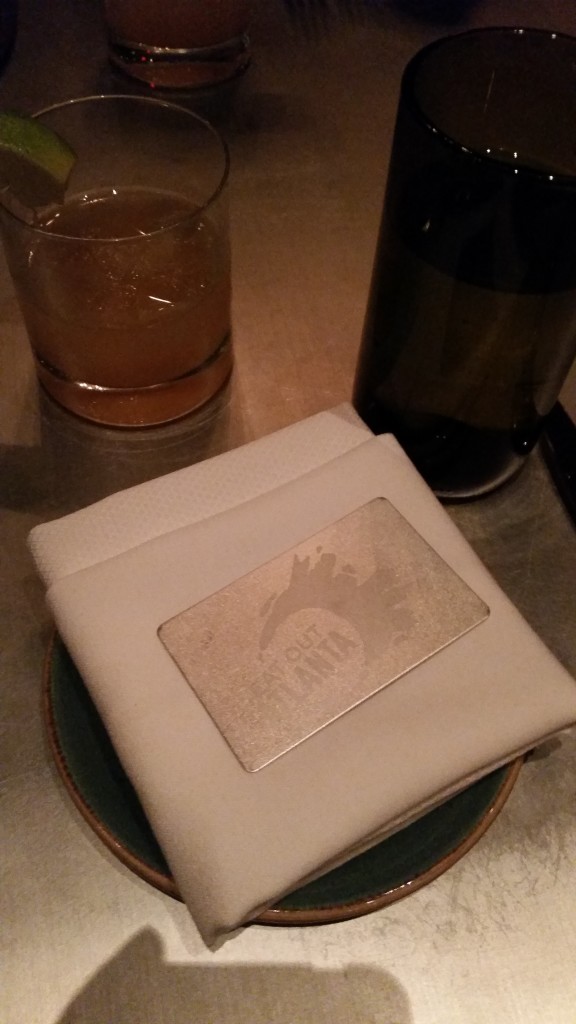 Have you heard of Eat Out Atlanta? Well you should!  It’s an exclusive Insider Dining Club which gives you access to some of the city’s premier restaurants.  This club is for the serious foodies, like me, who want to experience the best a restaurant has to offer.   Restaurants such as SmokeBelly BBQ, Murphy’s, SaltYard and The Iberian Pig have signed on to be a part of this experience. Head on over to Eat Out Atlanta’s website for more information and a complete list of restaurants, as well as their exclusive offerings.

What is doesn’t offer: deals, coupons and discounted meals

What it does offer:  An exclusive experience with access to secret menus, preferred seating, tastings, events and many more!

I had the pleasure of attending a progressive dinner curated by Eat Out Atlanta owner Kayvon Gerami.  We began our evening with drinks and cocktails at The Southern Gentleman followed by dinner,  more drinks and dessert at Gypsy Kitchen which are both located in the new Buckhead Atlanta Development. 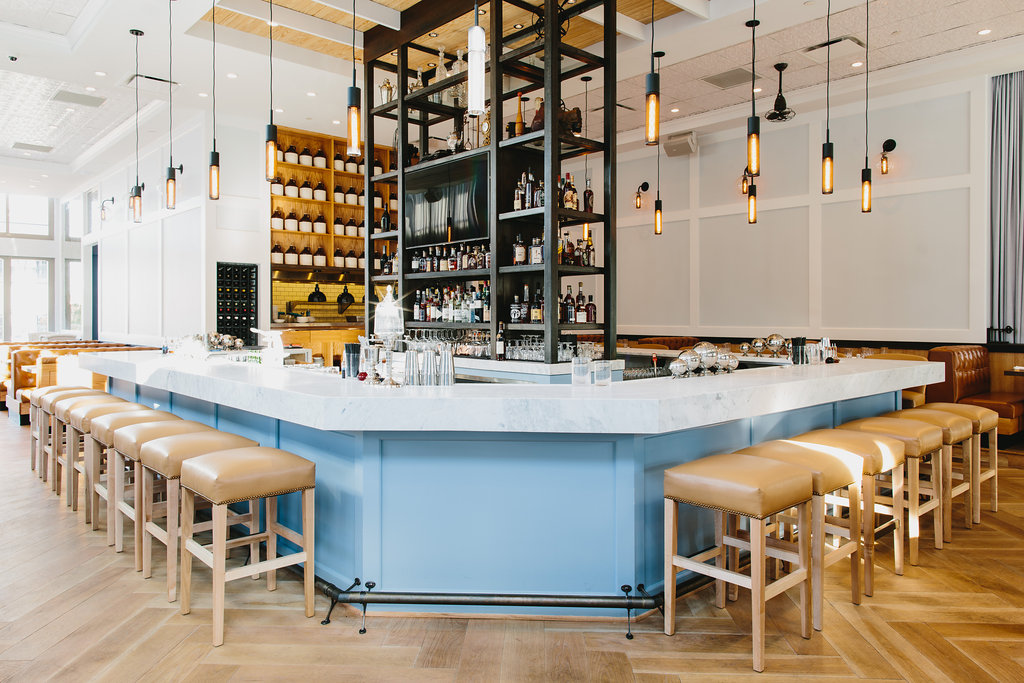 I arrived at the Southern Gentleman, a southern-inspired gastropub, for the first part of our evening.   Let me say, this place is stunning!  From the high ceilings to the gorgeous light fixtures, the vintage tableware and it’s well dressed patrons it screams southern charm with a modern twist.   We noshed on The Southern Gentleman’s take on deviled eggs(the filling is fried then sits atop an cube of egg white, amazing!),  bourbon bacon popcorn and drank Scarlet Belle and East Of Hudson, which is their signature cocktail.

You can tell that they are serious about their cocktails; the general manager give us impressive details on how they make their cocktails, best part is if you’re curious to know more, just ask! While I didn’t get a chance to try any other items on the menu, I plan on returning to try other items on their menu like the Duck and Dumplings, Shrimp and Grits and Louisiana Meat Pies.

Next we moved on to Gypsy Kitchen, which was a short walk next door.     We were ushered to a private dining area.    This place was another stunner.   This couldn’t be more different from The Southern Gentleman with its dark, sexy décor; A giant bull adorned the bar area and gorgeous gold chandeliers which hung from the ceiling were show stoppers.   Gypsy Kitchens’ menu was a fusion of Spanish, Moroccan and Indian so I knew to expect dishes that were full of flavor. 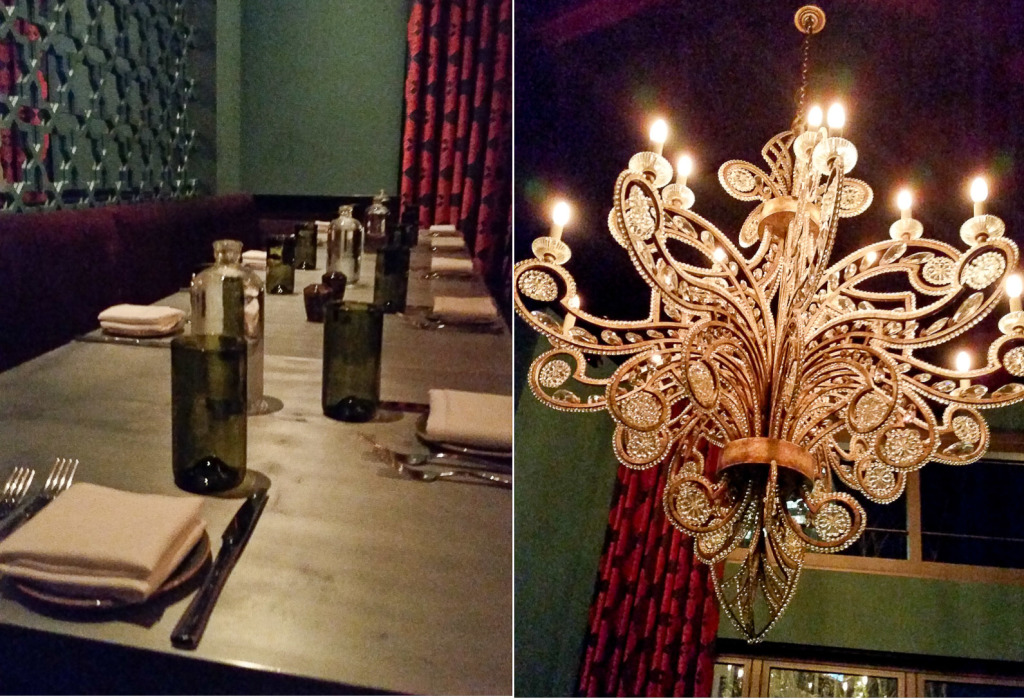 As soon as we sat down we began the first of 7 courses.   We started with a variety of small bites;  we sampled Spanish style toast with marcona almond “nutella” and shaved chorizo, chicken croquetas, chilled charred-steamed leeks and a mixed greens salad with crispy Serrano ham, candied pistachios, olives, Manchego cheese and a sherry-tomato vinaigrette.  I was pleasantly surprised by the “nutella” and ham toast and enjoyed the heck out of that salad and I’m not a salad person so that’s saying a whole lot!

We sipped on Spice Trader which is made with bourbon, honey and cayenne, apricot liqueur, lime and their freshly made ginger beer-I absolutely love it!!  The next courses included a selection that gave you a clear concept of the influence.   From an Indian inspired Marcona Almond Chicken Tikka Masala, a “Paella” Fried Rice with shrimp, chorizo and a fried egg to a Lamb Kefta Tangine which boasted a bold Moroccan flavor.   Our tongues were taken on a flight from Europe to Asia then to Africa and back!  The Garlic Shrimp with Chorizo brought me back to my childhood as head, tail and legs were served; don’t be afraid to cook with the head still attached, there’s a lot of flavor in there!  We ended the night with a Seville Rose cocktail, Churros and Almond Cake.   The churros, a classic Spanish dessert which are crispy, sugary fritters were paired with a rich chocolate sauce that I ate with a spoon, literally, it was so good!  The Almond Cake was the complete opposite as it was lightly sweetened and had a very light texture and an orange segment that give a burst of freshness. 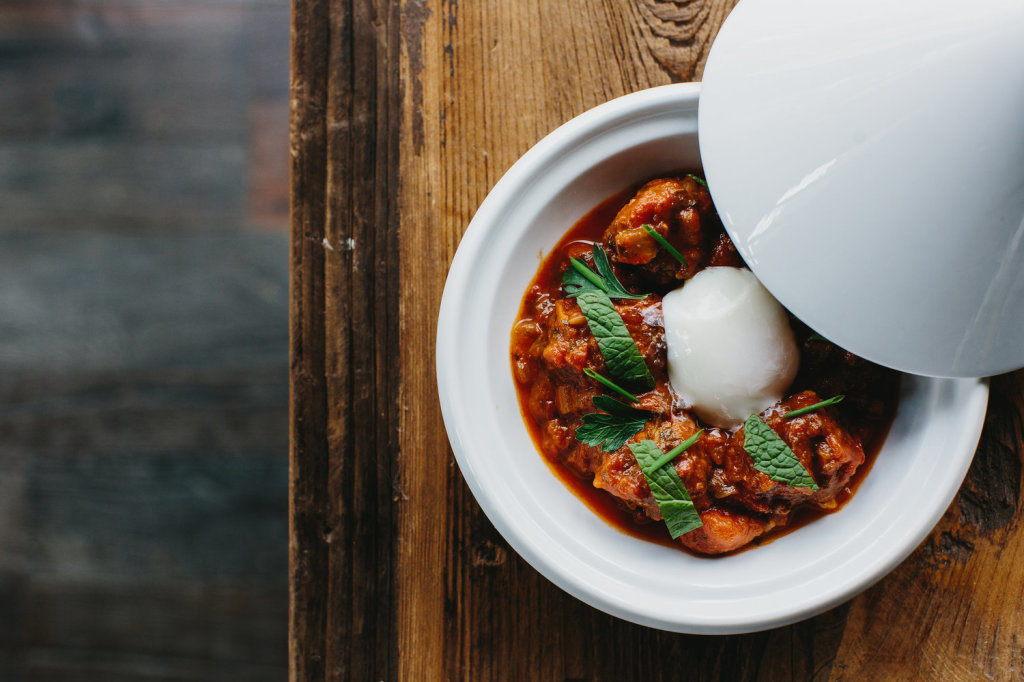 I thoroughly enjoyed this experience and would urge the real foodies to give Eat Out Atlanta a try as well as pay a visit to The Southern Gentleman and Gypsy Kitchen.   The yearly membership right now is $97, which is an early bird special.   An impressive anodized aluminum membership card will be mailed to you which you will use at the restaurants to gain access to members only perks.  An online app is also available to download for Apple devices.

I was given a one year membership by Eat Out Atlanta and received complimentary dining at Gypsy Kitchen and The Southern Gentlemen, but all opinions are my own!   I rarely do reviews but when I do it’s because I love it!

One comment on “OUT AND ABOUT: AN EXPERIENCE WITH EAT OUT ATLANTA”