Jamaican Saltfish Fritters also known as Fritters or Stamp and Go are crispy, chewy fritters made with salted fish. These savory fried fritters are great as a snack or for breakfast. 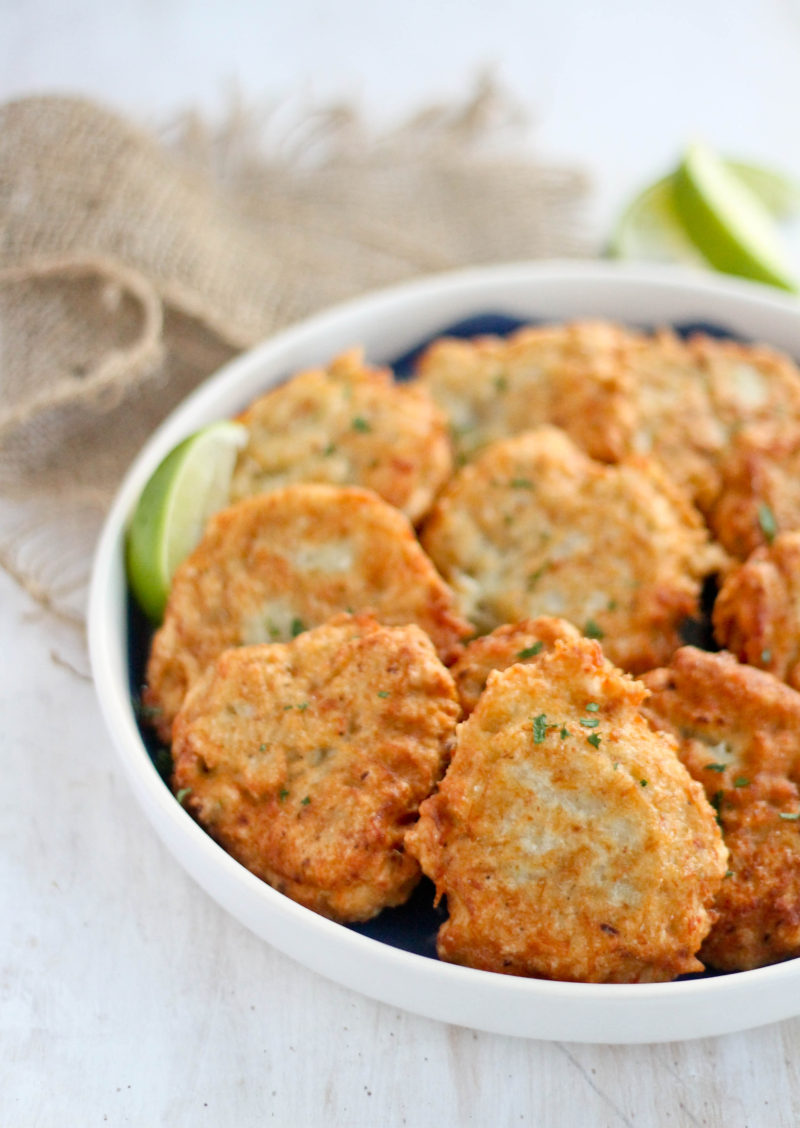 I was first introduced to these Jamaican Saltfish Fritters or simply Fritters by my in-laws and have been a fan ever since – I even asked for the recipe so that I can make them myself!   There are several types of saltfish fritters throughout the Caribbean such as accras from Trinidad and we have a version in Guyana which is more of a saltfish cake.   While they all differ in texture, the share one common ingredient and that is salted fish.

Salt fish is very common in Caribbean cooking and can be found in a variety of dishes such as sauteed or stewed saltfish, saltfish and cabbage, saltfish rice, ackee and saltfish and saltfish patty, just to name a few.   Most of you know that my husband is Jamaican and that is why you will see quite a few recipes throughout this blog and on my Instagram that are from Jamaica.  I want out children to be connected to both of our culture so I make sure to cook food from both Guyana and Jamaica.  Having said that, I also cook whatever it is that I like! 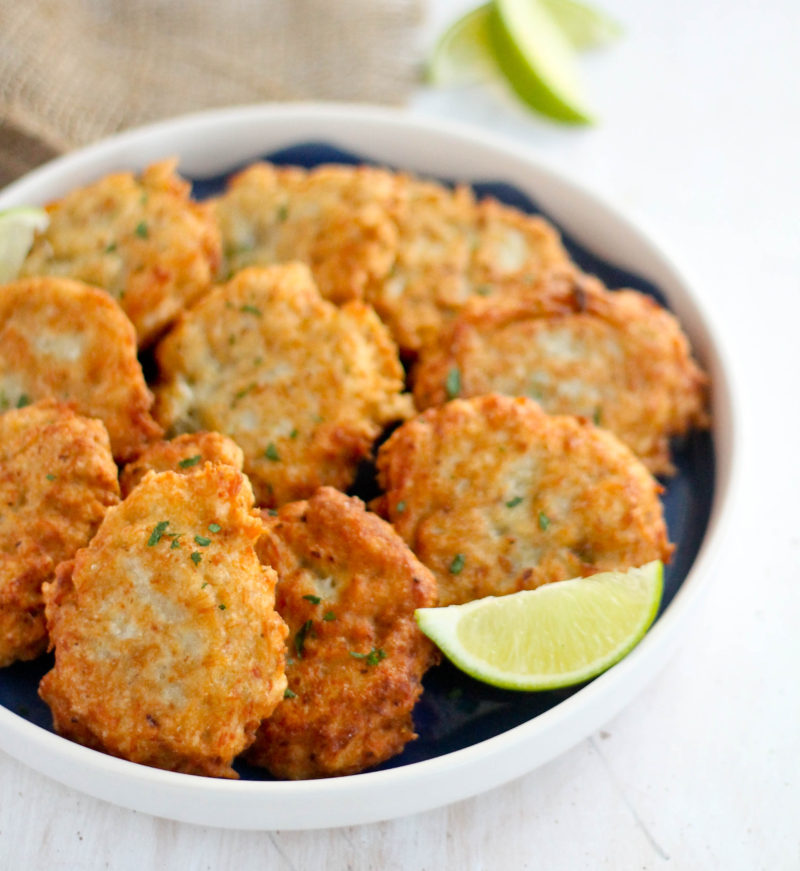 Now about these fritters, they are chocked full of salted cod which is flavored with hot pepper, onions and scallion.  They are crispy and chewy and slightly dense.  We usually snack on these throughout the day but they are also great for breakfast.

When using salted fish it is important to remove the salt before adding it to a dish.  Salt is used to preserve the fish but the high salt content also makes it inedible.  The excess salt can be removed by either soaking overnight in a bowl of water or by boiling it several times.   This dish calls for boneless saltfish and there are many brands that carry boneless saltfish.  If you cannot find boneless then be sure to debone and remove the skin after boiling or soaking. 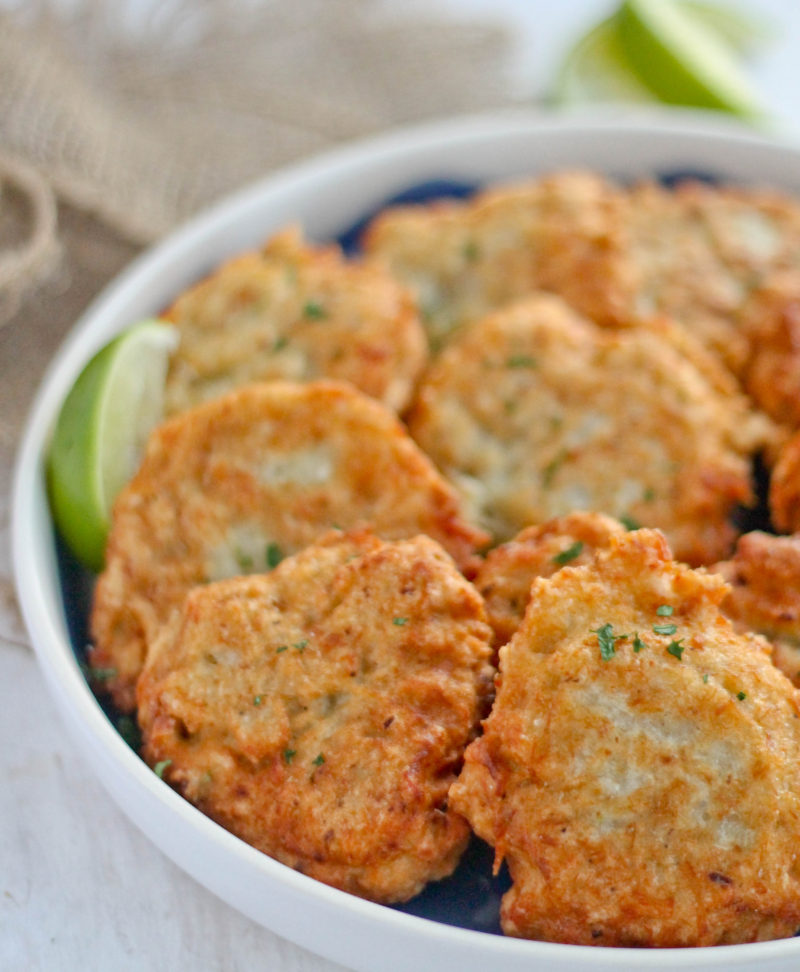 Get the Recipe JAMAICAN SALTFISH FRITTERS