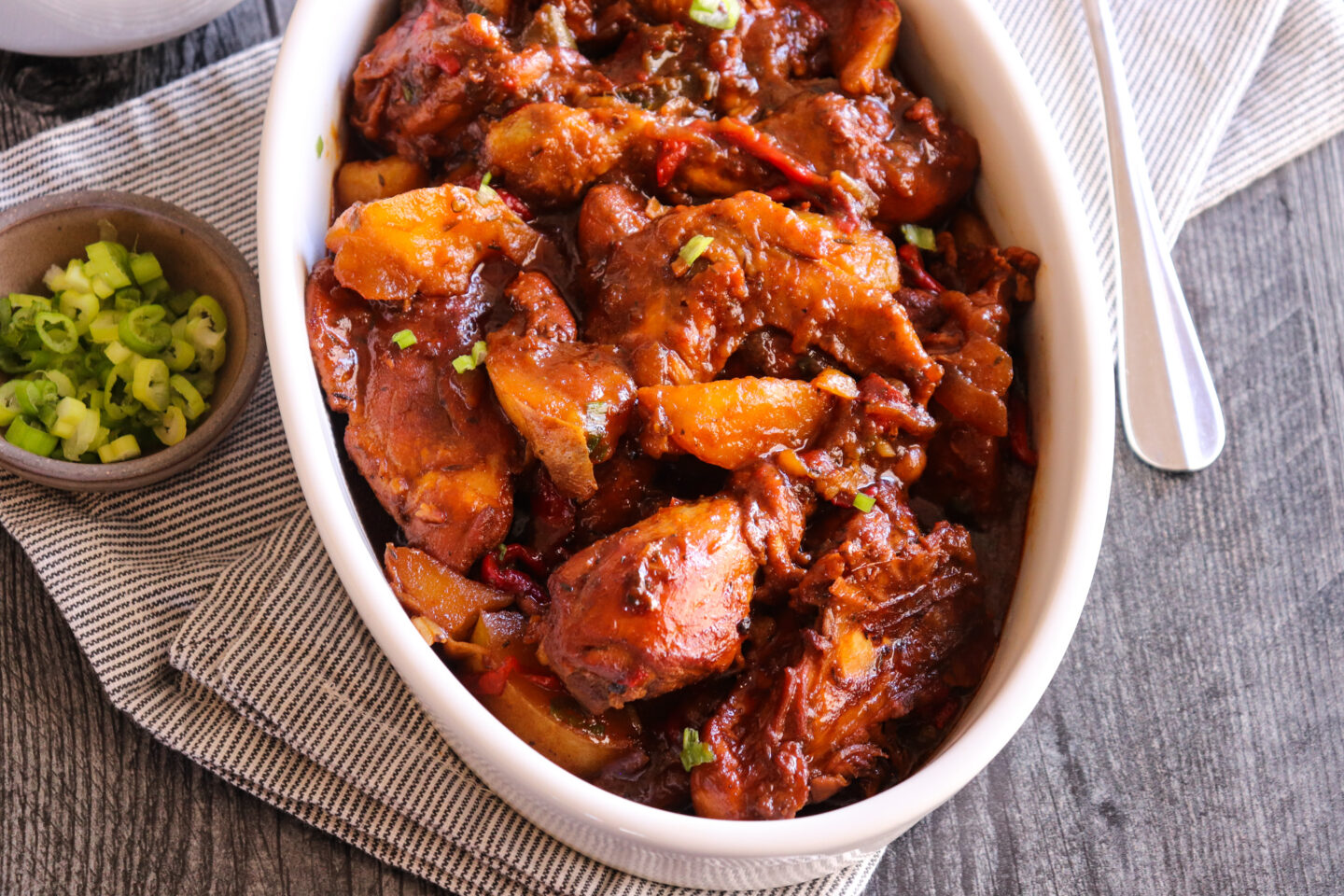 Brown Stewed Chicken is a dish I grew up eating.  It was a way of cooking chicken without a tomato sauce base.  Seasoned chicken is cooked in a rich caramel sauce which adds a deep golden brown color as well as a slight sweetness and rich caramel flavor to the dish. The way my mom made it was to caramelize brown sugar until it’s dark brown to achieve the rich color and flavor.  Today there are many browning sauces on the market but I prefer the old school method.

HOW TO MAKE BROWN STEWED CHICKEN

Pieces of chicken are seasoned with fresh green seasoning and allowed to marinate so that the flavors penetrate the meat.  While whole chicken pieces can be use, it is best to use pieces of chicken that’s cut through the bone in to smaller pieces – this adds a another depth of flavor to the dish.   The seasoned chicken is then stewed in then stewed in the caramelized brown sugar and is allowed to cook in it’s own juices.   Potato wedges are added to the stew which thickens the sauce as well as adds a nice contrast to the rich stew.

HOW TO CARAMELIZE THE SUGAR

Oil and brown sugar is added to a heavy bottom pot over high heat.  As the sugar melts, the color darkens.  Eventually it will start to smoke as the sugar becomes darker.  Some areas will darken faster, to prevent it from burning, stir the sugar mixture.  Once the sugar becomes a rich dark brown, then it’s time to add the meat.  It is important not to cook the sugar until it’s black or the stew will become bitter.  Add the chicken stops the caramelization process and as the chicken is coated with the mixture, it takes on the flavor and deep rich color. 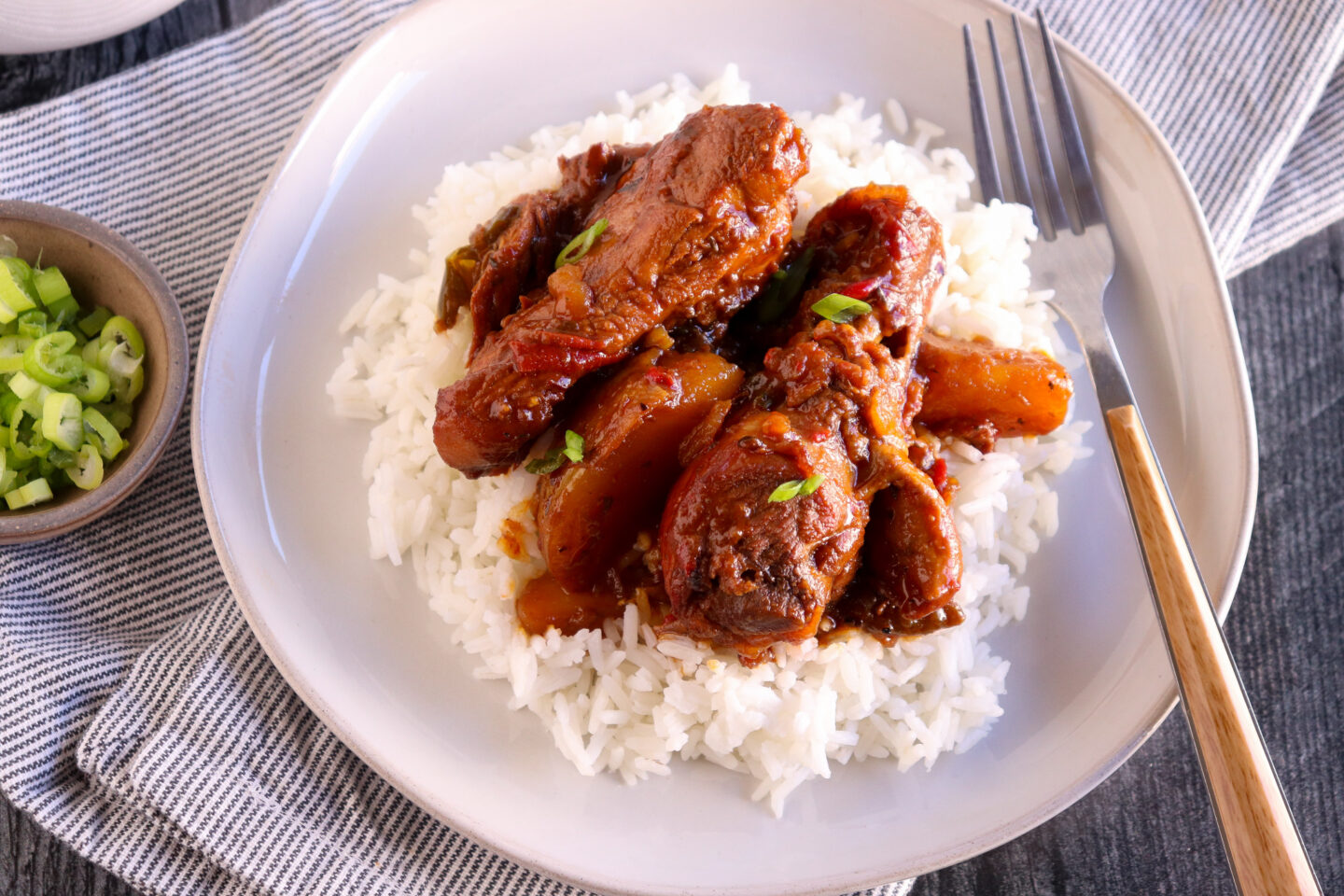 WHAT TO SERVE WITH BROWN STEWED CHICKEN 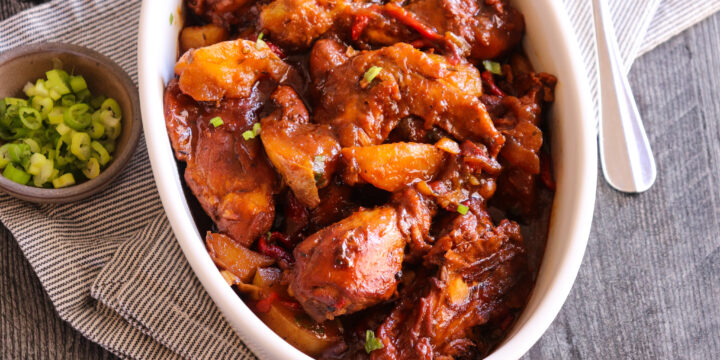 Get the Recipe BROWN STEWED CHICKEN