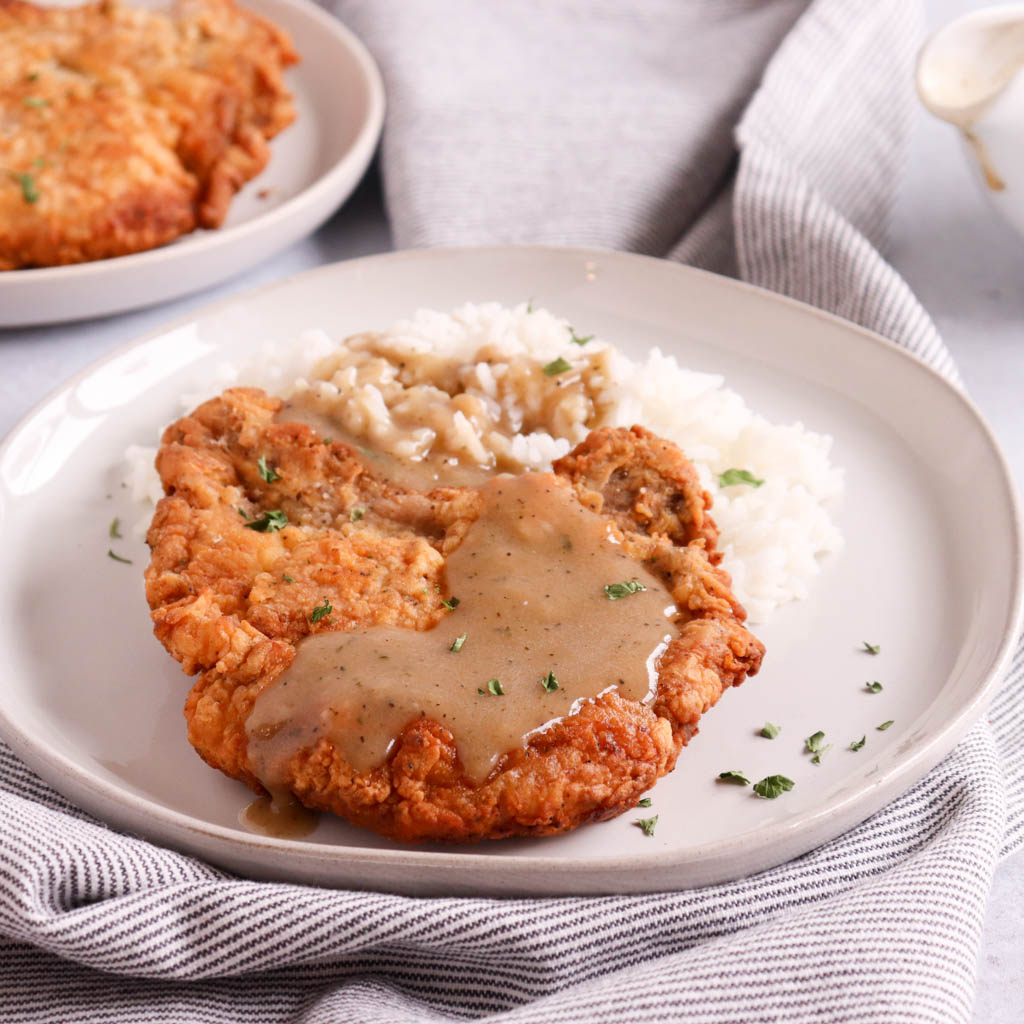 Fried Pork Chops are an easy and delicious dish.  Pork chops are coated in a seasoned flour mixture then fried until golden brown and crispy.  This can be served with rice and a rich homemade gravy.  For this recipe bone-in pork chops work best; this cut tends to be a bit fatty and the bone helps it to retain moisture which results in pork chops that are crispy on the outside and juicy in the middle. 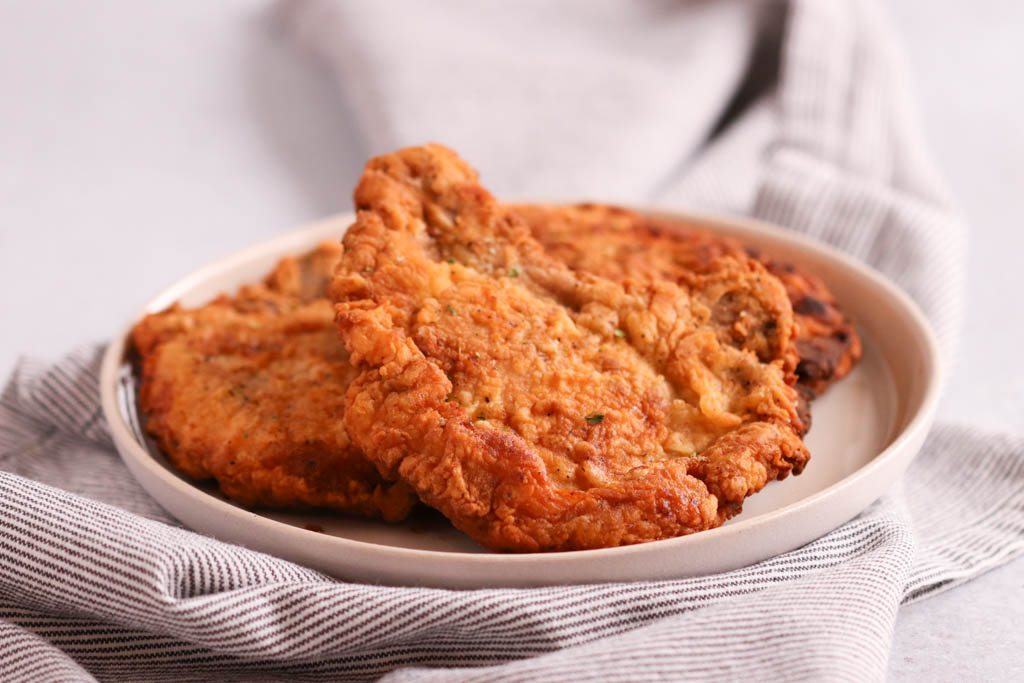 WHAT CUT OF PORK CAN BE USED

Bone-in pork chops will be the tastiest, but you can also use boneless pork chops.   I used thin cut pork chops which fried quickly however you can use whichever thickness you prefer.  Using a thicker cut mean that it will take longer to cook so be sure to reduce the heat so that it doesn’t burn before being completely cooked. 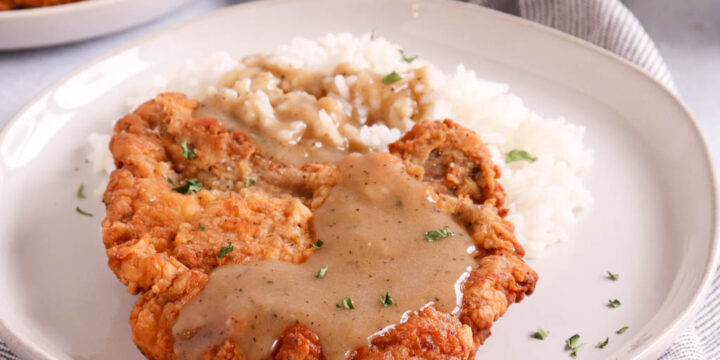 Get the Recipe Fried Pork Chops