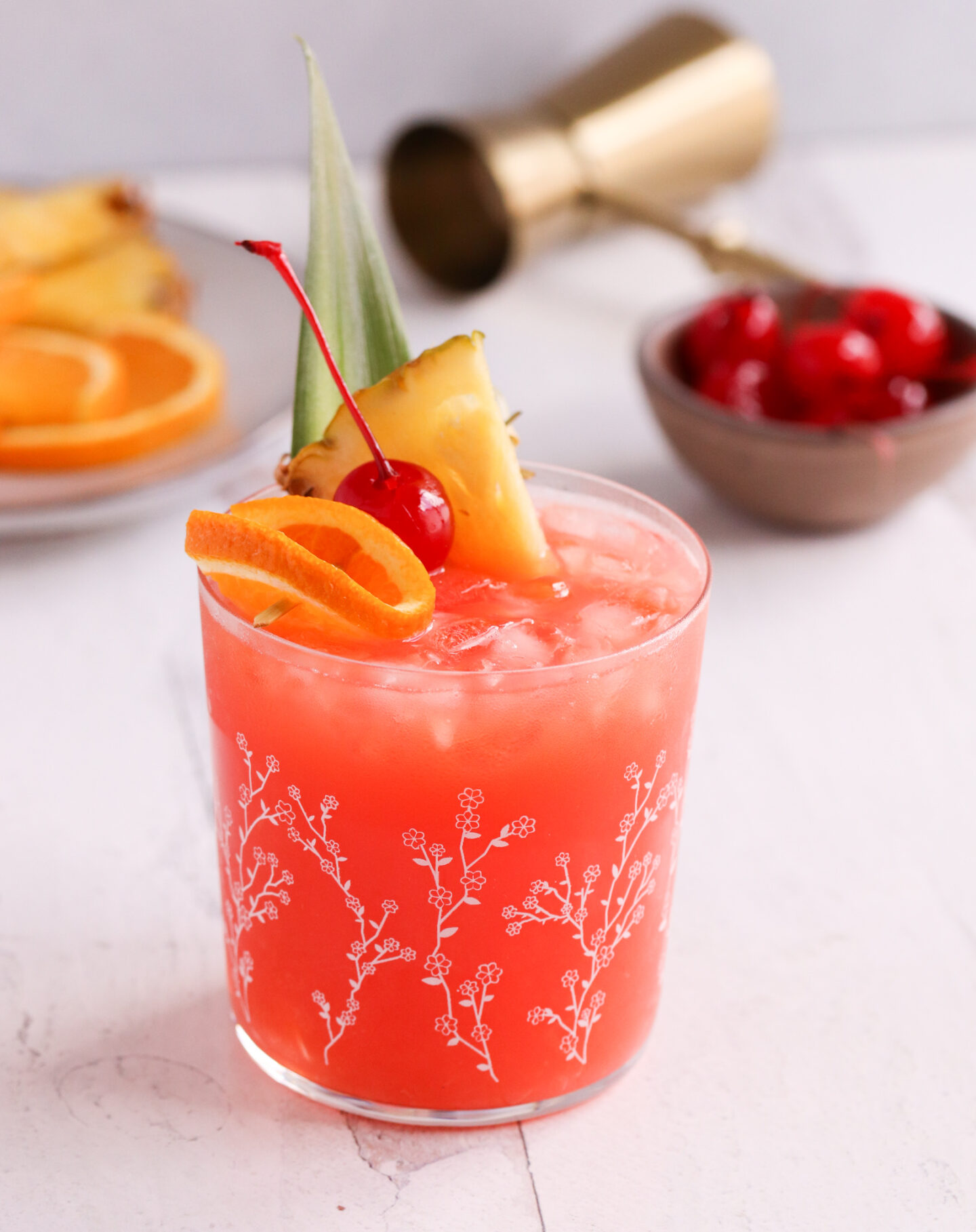 It’s impossible to think of Rum Punch and not think of the Caribbean.  This fruity alcoholic concoction is a combination of fruit juices, rum and sometimes flavorings like nutmeg and bitters. It’s commonly served drinks at resorts in the that region.  There are many versions of rum punch throughout the Caribbean each with its own unique twist like this Pineapple Coconut Rum Punch.  Despite its notoriety within the West Indies, it originated in India and was introduced to British Traders and made its way across the world.  It eventually made its way to the Caribbean where rum became a key ingredient.  Rum Punch is a cocktail that’s on the sweet side.  The combination of juices and sweeteners tend to hide the flavor of the alcohol.  As with any alcohol it should be enjoyed in moderation. 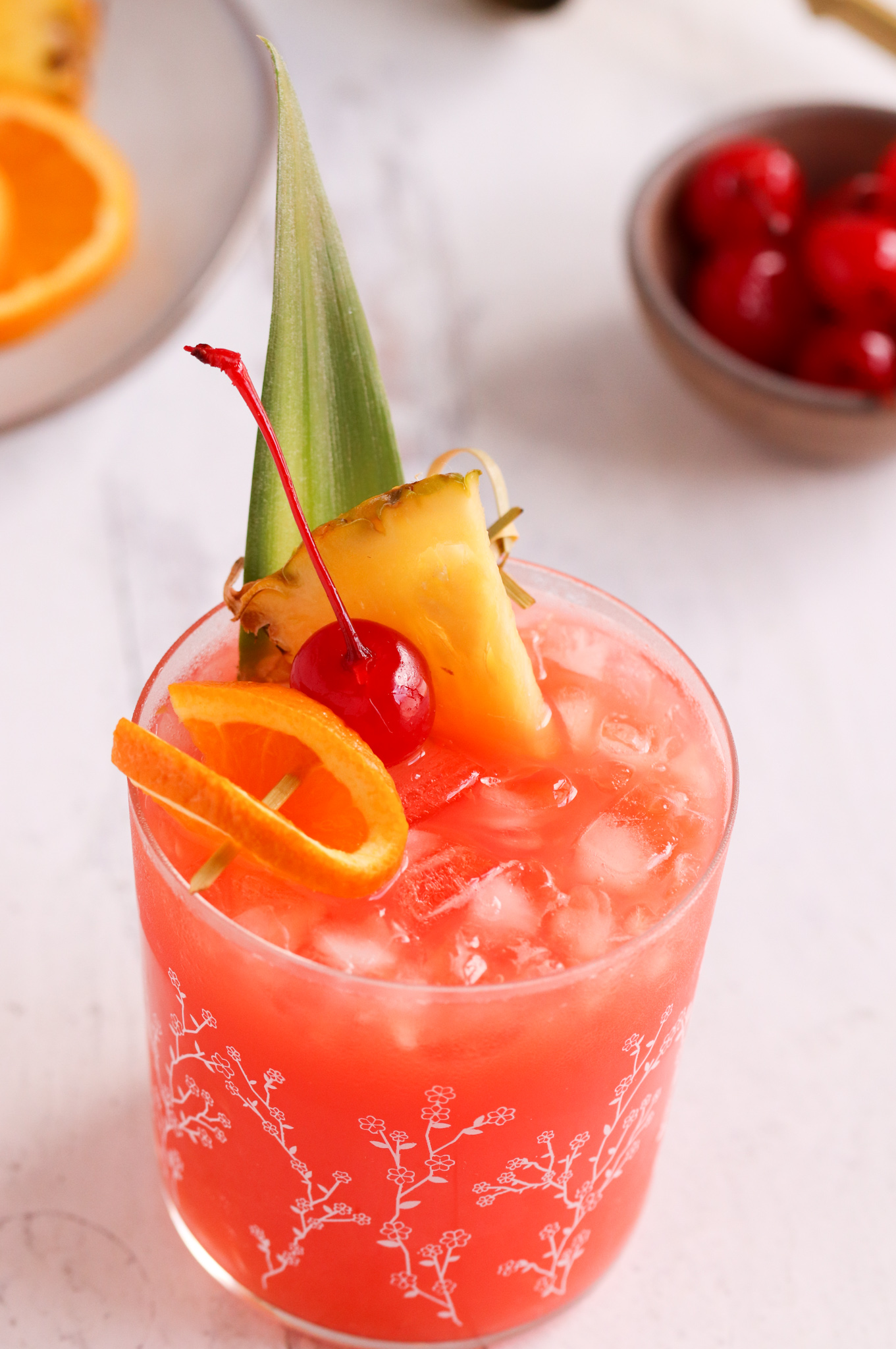 The traditional way of making rum punch follows a simple formula.  It’s 1 sour,2 sweet, 3 strong and 4 weak.   This version is a little strong, so this recipe was adjusted to make a drink more tolerable to most.    The sour is typically lime juice, but orange juice can also be used.  A sweetener such as grenadine or simple syrup can be used, this also affects the color of the drink.  Grenadine is red so it changed the color to red drink vs drinks made with simple syrup are a dark yellow.  For the weak, fruit juices such as orange, mango or pineapple juice can be used.

RUMS THAT CAN BE USED

There are a wide variety of rums that can be used to make this recipe.  Some countries such as Jamaica or St Lucia use white rum, which makes for a drink that packs a punch.  Spiced rum in my preferred rum of choice for this recipe but here are the types of rum that can be used:

Coconut rum or any flavored rum 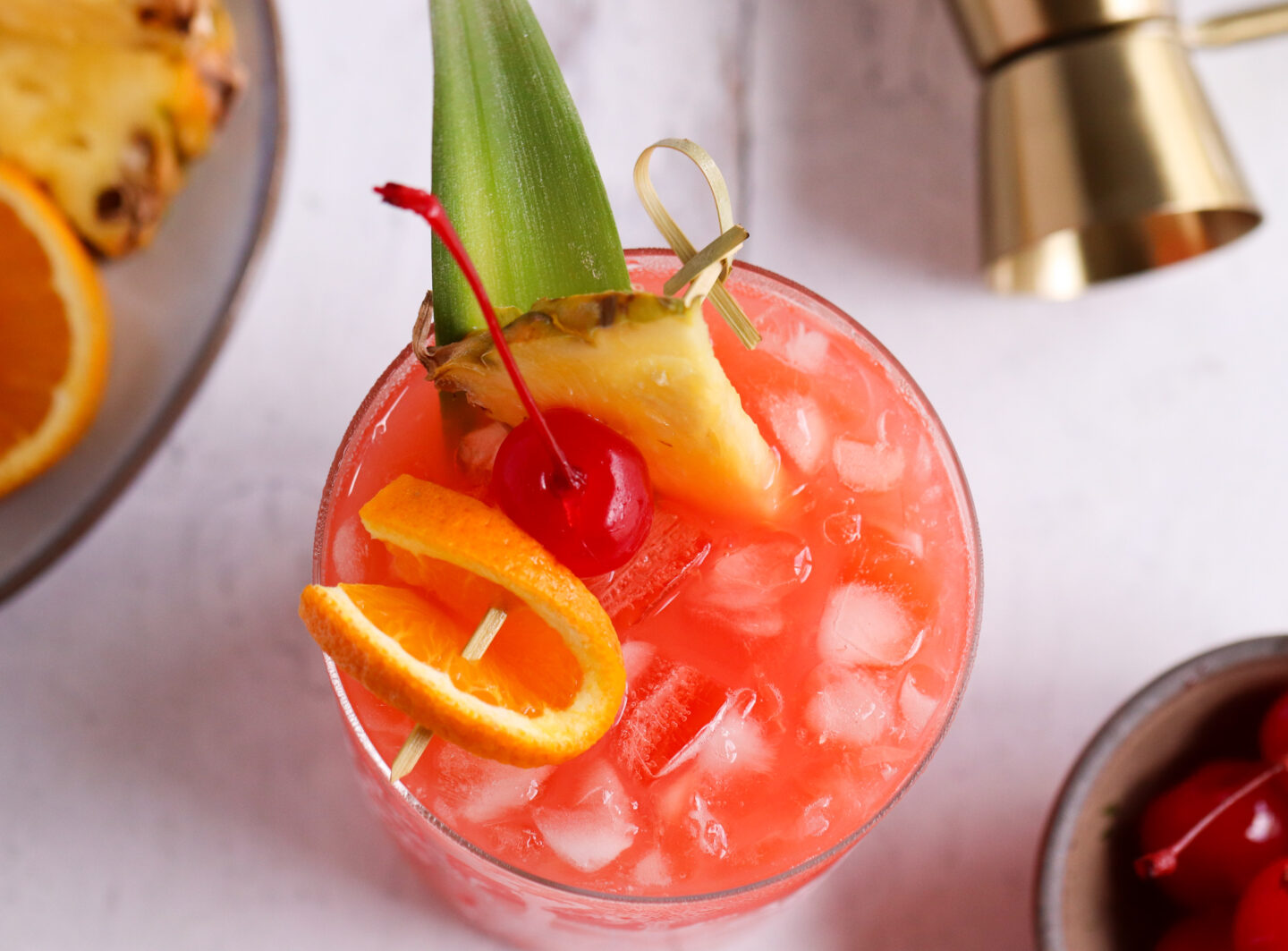 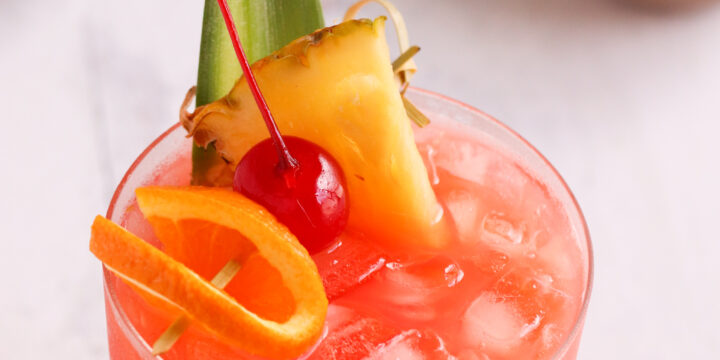 Get the Recipe RUM PUNCH