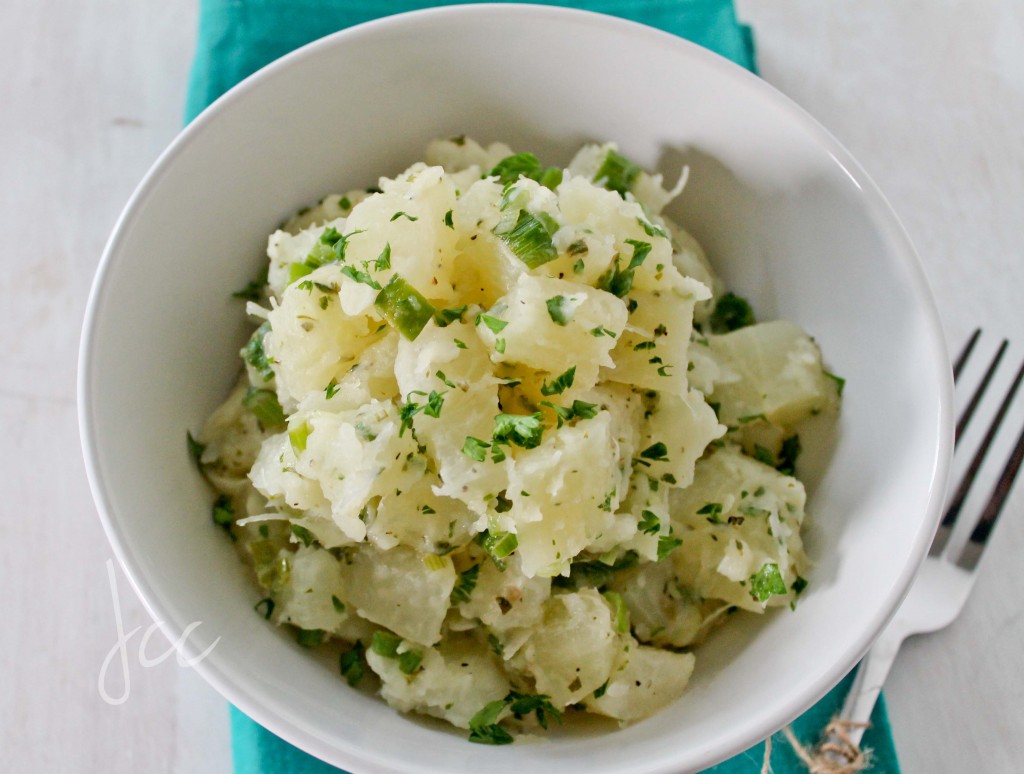 Some dishes are born out of creativity and pure genius; this however is not one of those.   It came about in a conversation between I and the Mr. that went like this:

Me: (thinking out loud) I wonder what I can make with these ribs

Him:  How about potato salad?

Me: I don’t have potato but I do have cassava!

Him: So make some cassava salad, instead of potatoes use cassava and you can blog about it..

Me: (thinks quietly) he may have a point…   Ok…let’s do it  ( begins to regret the decision as I think about cutting somewhat hard cassava into tiny pieces.) 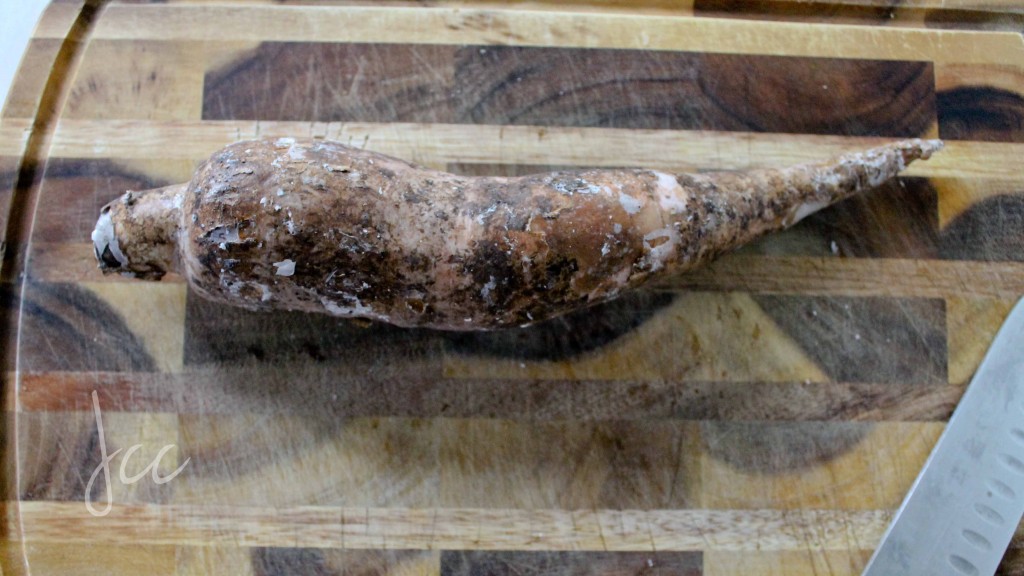 So I head into the kitchen to get started and lo and behold, there’s no mayo.   Ah…well what’s next?  I was sold on the cassava salad idea so I will do the next best thing and make a warm version instead. 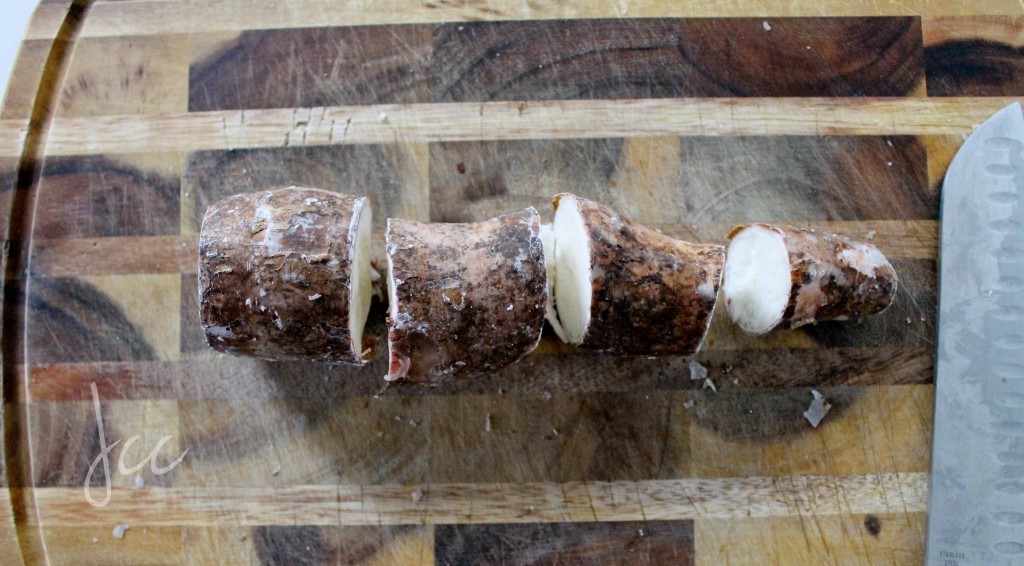 I grocery shopped this weekend so I knew I had lots of fresh herbs that would work really well in this dish.    Rosemary?  Check.   Thyme?   Check.  Parley? Check.   Oh and lots of garlic…I mean lots. 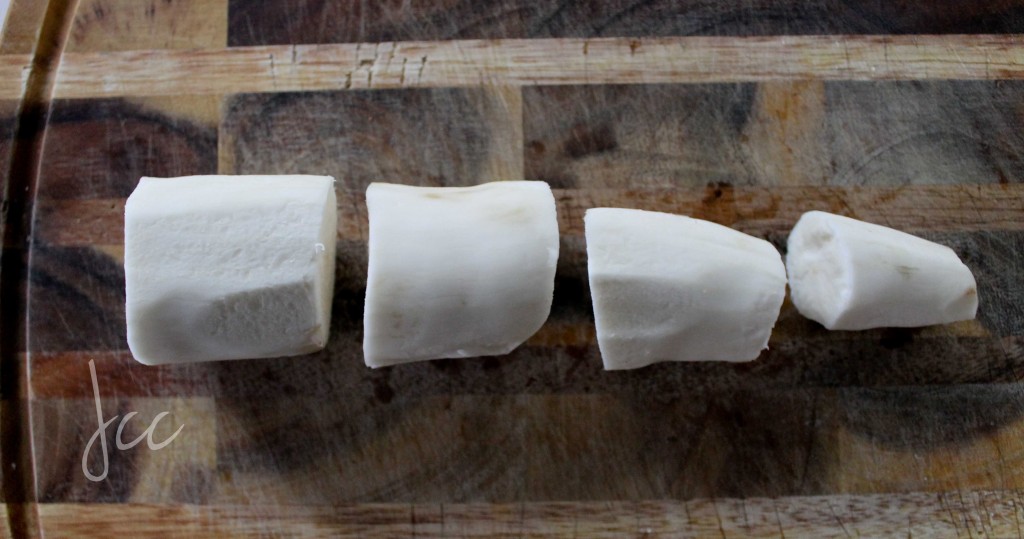 If you’re a vampire this might not be the dish for you.    I lightly cooked the herbs in canola oil because I didn’t want to taste raw rosemary or thyme…that won’t be to pleasant. 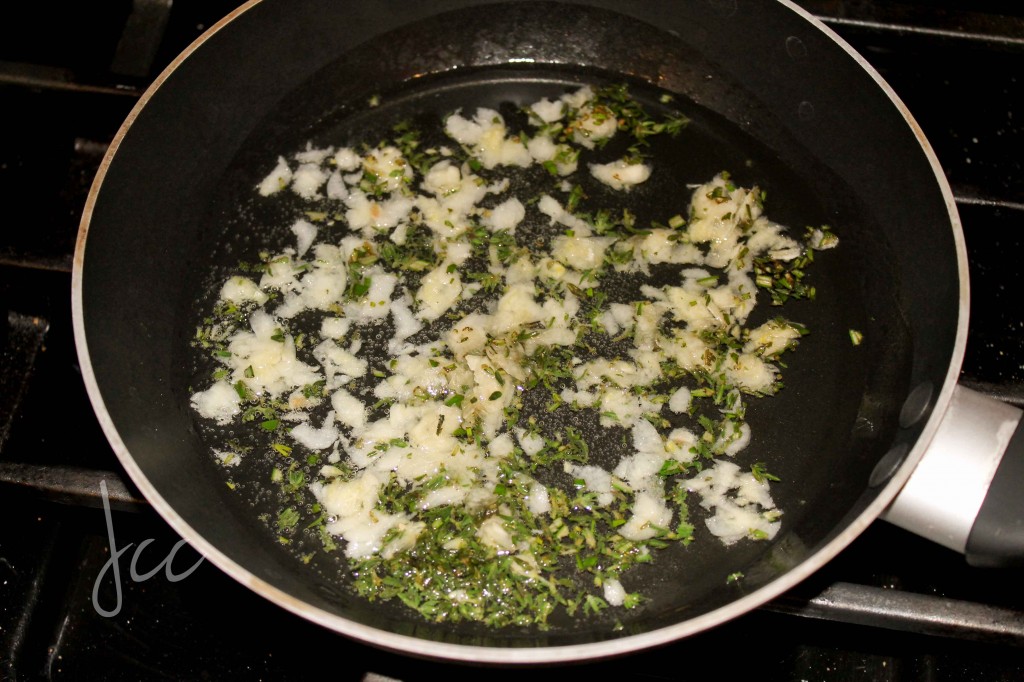 I guess you can say I made herbed oil…anyway I then used the herbed oil to make vinaigrette which I poured over the still warm cassava and boy was it good!  It was garlicky, lemony and herbatious(is that even a word), it was good! 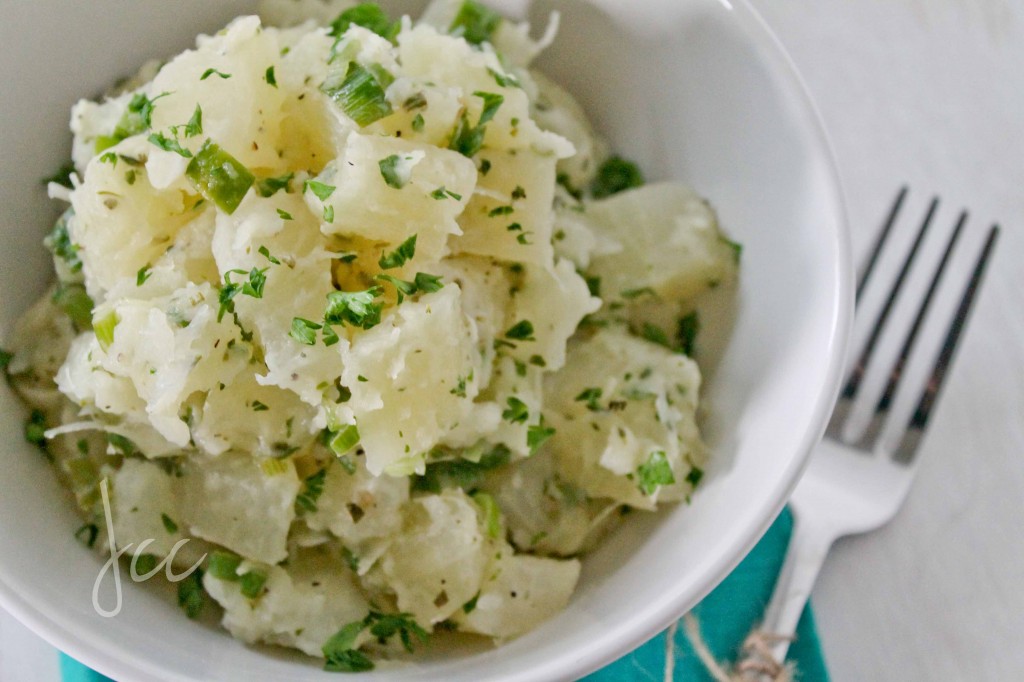 So why not reinvent a classic?  Try using cassava in place of potato in your stews, soup or even try yucca fries or chips.

Place cassava in a large pot with enough cold water to cover and 1 tsp salt then bring to a boil.  Cook until tender.  While the cassava is cooking, in a separate pan place canola oil over low heat and add rosemary, garlic and thyme and cook for  about 3-5 minutes.  You do not want the garlic to brown, if it starts to brown then lower the heat.   After 5 minutes, remove from the heat and allow to cool.

When oil is cool place in a small bowl with lemon juice, Dijon mustard, salt and black pepper and whisk to combine.   Set aside.

When cassava is done, strain and toss with vinaigrette, parsley and scallion.  Serve warm!