Guyanese Garlic pork is best described as pickled pork that’s traditionally served as part of a breakfast on Christmas.  It’s seasoned with lots of garlic, thyme and pepper then pickled in vinegar which give it an intense flavor. 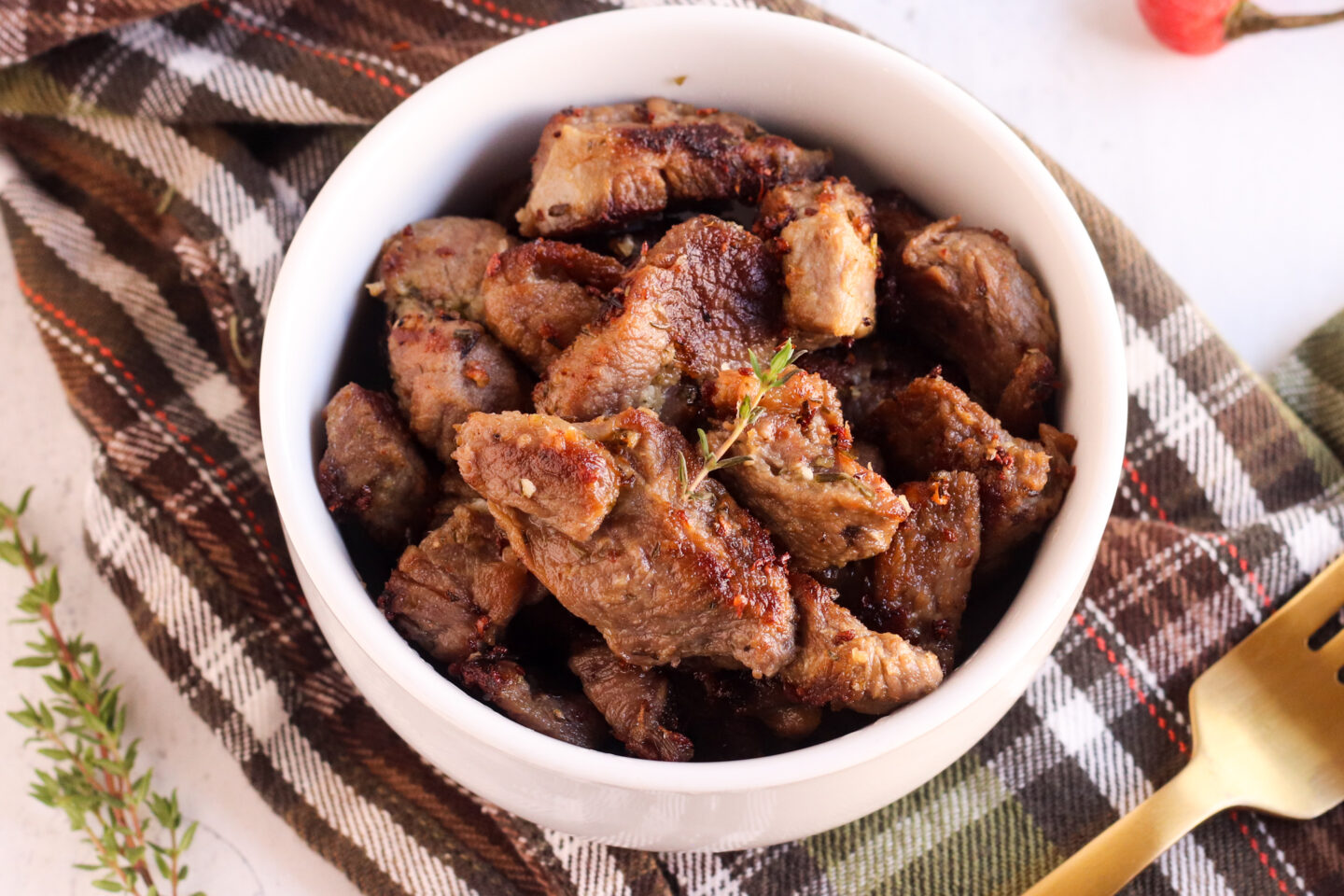 I’ve updated this recipe and added a video since I’ve had many requests over on Instagram.    Guyanese Garlic pork is best described as pickled pork that’s traditionally served as part of a breakfast on Christmas along with Pepperpot.  It is seasoned with lots of garlic, thyme and hot pepper and placed in vinegar.  It is then left to pickle, some make it weeks ahead but it can be ready as soon as four days.   You can use any cut of pork, though I would recommend to use something with a little bit of fat such as pork shoulder. 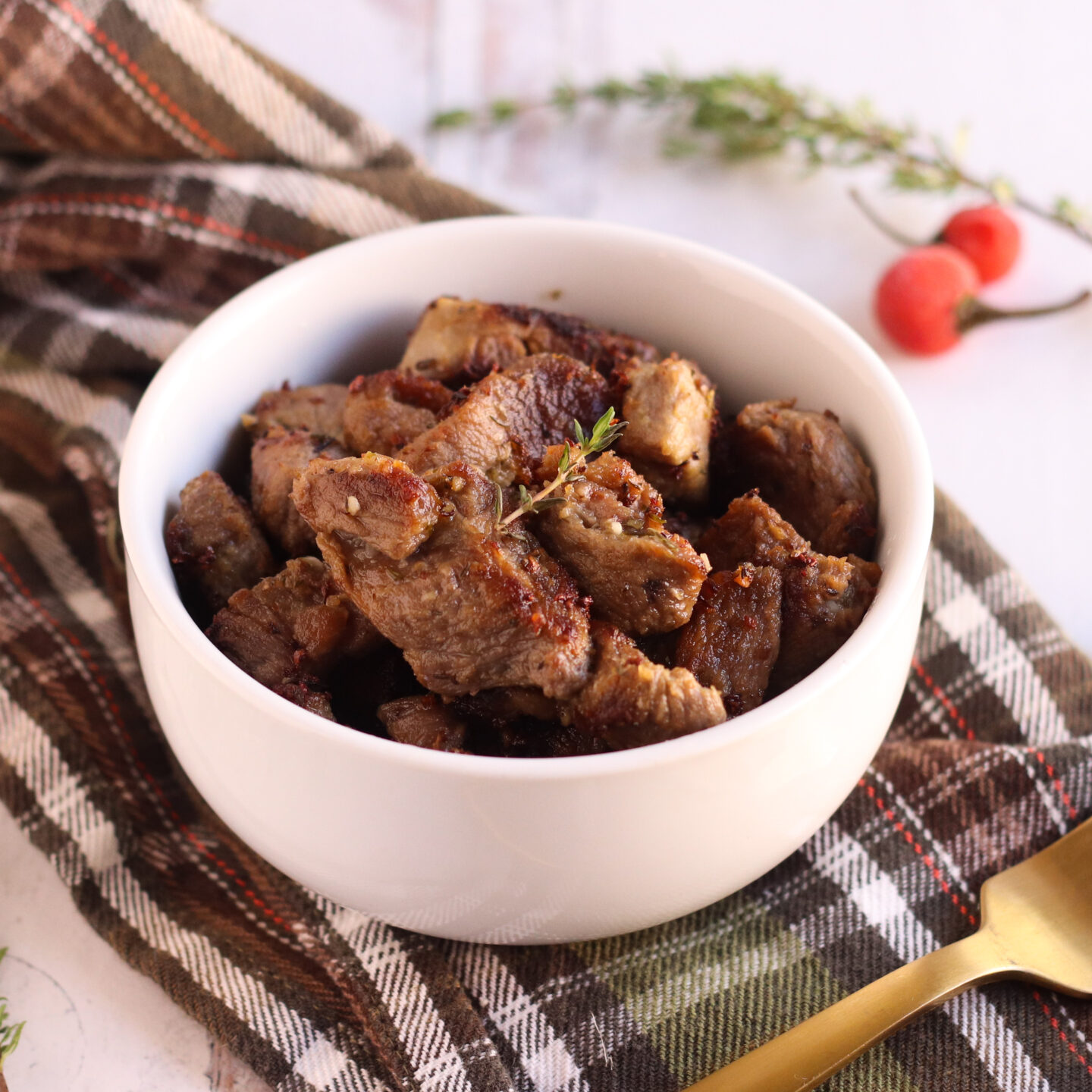 Once the pork has been seasoned, it is then place into a jar and stored away for a few days or up to a few weeks.  Some people make a large amounts of garlic pork and take a much as they need and cook it throughout the holiday season.  Guyanese Garlic pork can be fried, baked or steamed.  Some like to steam it in the liquid for an even more intense garlicky, vinegary flavor.  This is best served with bread and can be breakfast or an appetizer. 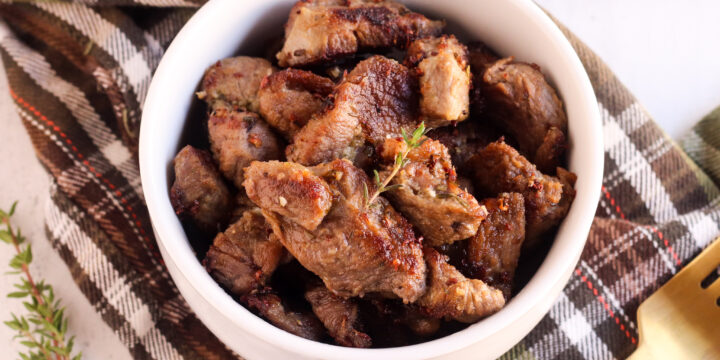 Get the Recipe GARLIC PORK