How To Make Coconut Milk 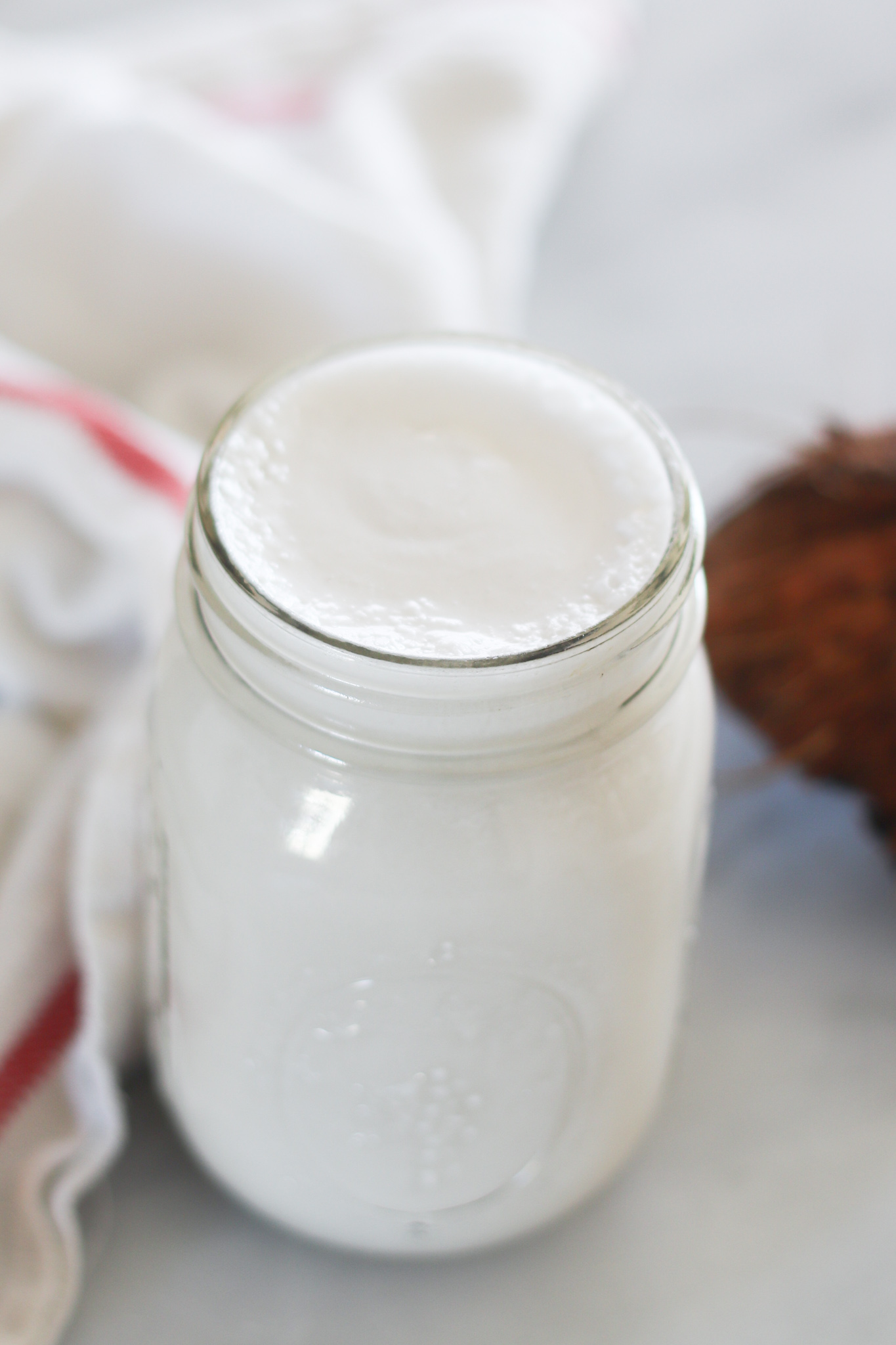 I will be sharing a How To Make Metemgee video on Youtube soon so I decided to update my Homemade Coconut Milk recipe.   Be sure to subscribe to my Youtube Channel if you haven’t already so you won’t miss out on any new videos!

Coconut milk is a pantry staple and I always have a few cans on hand.  Growing up in Guyana we always had dried coconuts that fell from the tree lined up in the yard.   Whenever we wanted coconut milk, we would peel and extract the coconut milk. 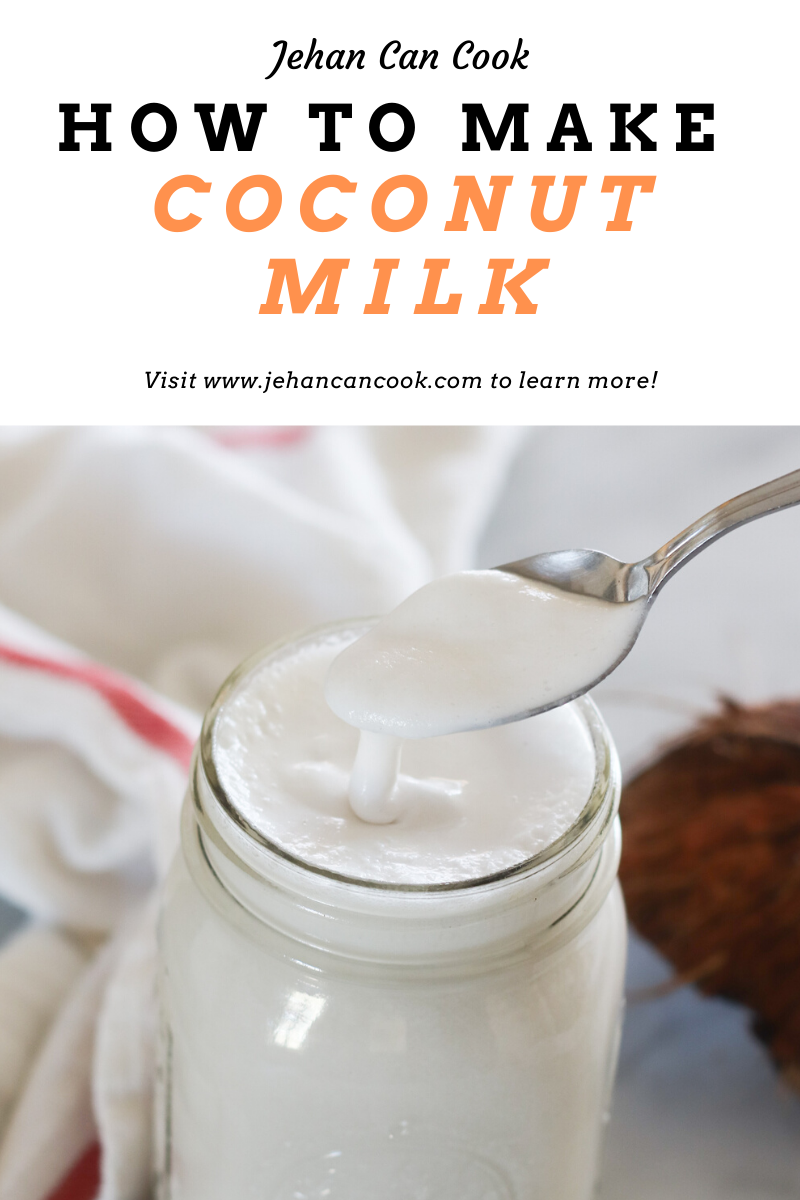 Thinking back on it now, it’s a quite laborious task that involved removing the outer husk, cracking open the coconut and digging the meat out.  Then the dried coconut meat would be finely grated on a device that you sit on and grate between your legs.  The finely grated coconut milk would then be massaged and the milk extracted.  It was quite the task and I’m not sure many do it that way today.

To mimic the rich coconut milk I usually buy coconut cream since it tends to be thicker and creamier than the canned coconut milk.   Canned is always easy but of course fresh is always best!  I will show you how easy it is to make your own homemade Coconut Milk. 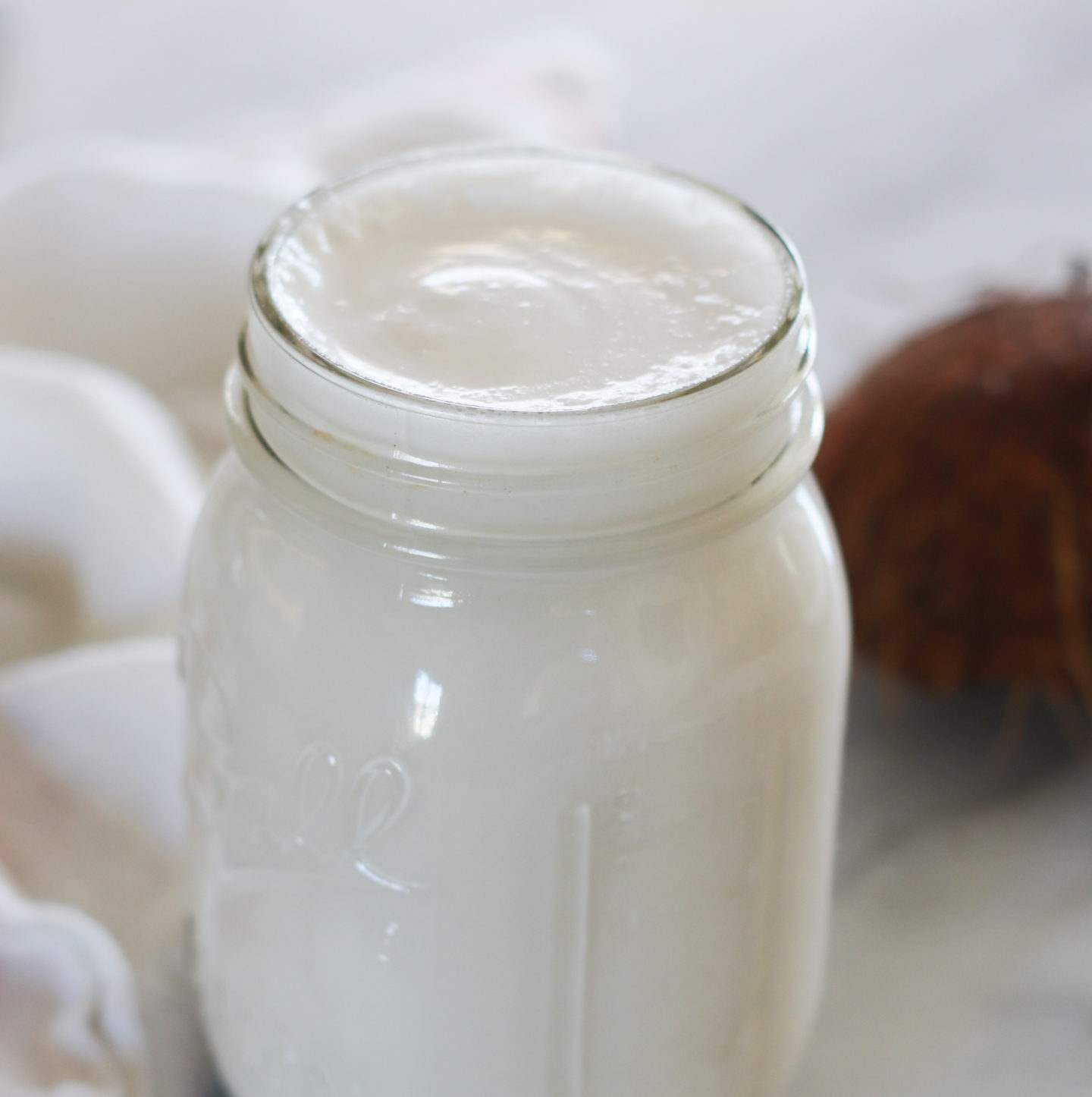 You don’t need a ton of tools and most you should have on hand. You will need a blender to finely blend the coconut.  If you don’t have a blender then you can hand grate it using a box grater.

A mallet or heavy knife is needed to crack the coconut open.  You also need a small paring knife to remove the meat from the shell.

You will need something to strain the coconut milk. I used a nut milk bag which I purchased on Amazon but you can use a strainer or cheesecloth.

You will need a measuring cup for the water and bowl to catch the coconut milk.

Dried coconut is what you will need to make the coconut milk. The young which is green is used for the coconut water and jelly that’s quite a treat but is not right for this recipe.  The dried coconut is brown on the outside and when cracked open has a thick hard white center which we will remove. 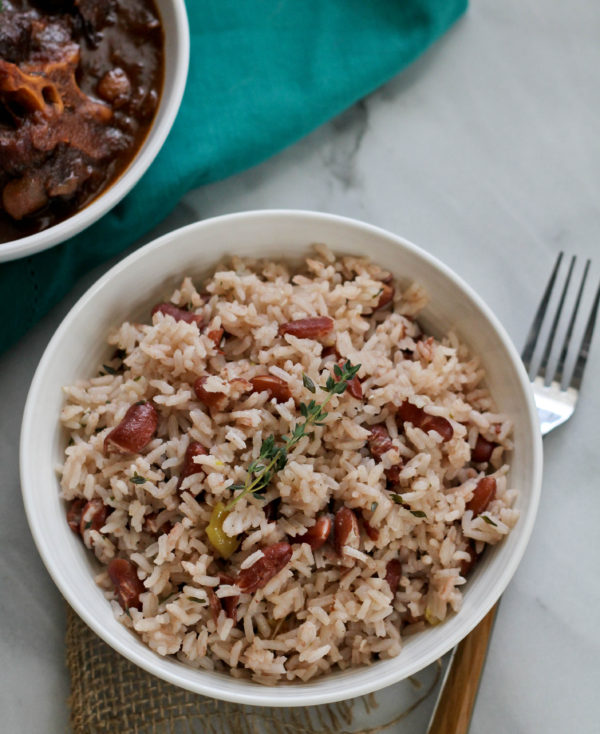 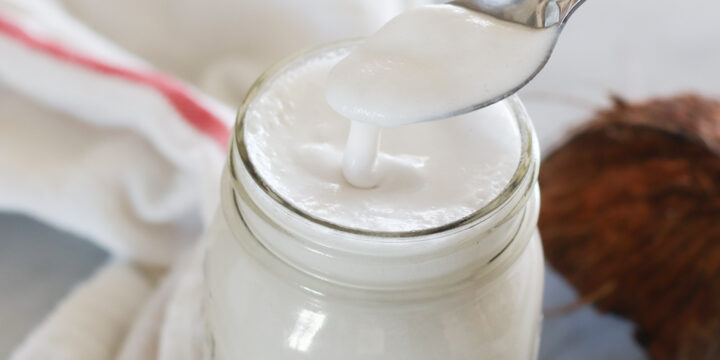 Get the Recipe HOW TO MAKE COCONUT MILK